You are here: Home / News / News / Sussex ultra-marathon in memory of veteran grandfather

This June, a Sussex-based runner is undertaking an ultra-marathon in memory of his grandfather to help raise vital funds for a local veterans’ charity. 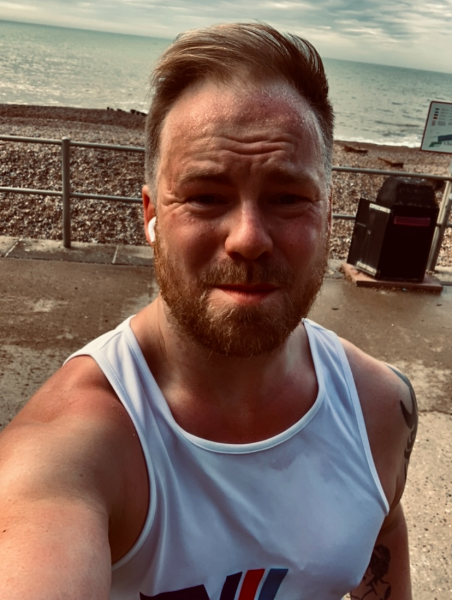 Dan Skipp from Brighton is running 60km on Thursday 10 June in aid of Care for Veterans, a Worthing-based charity which provides care and rehabilitation for disabled veterans from all over the UK.

His challenge starts at 9am in Shoreham, with his route taking him through Lancing, Worthing, Brighton and Hove before crossing the finish line in Aldrington. Dan is being supported by his company, Property Fusion in Hove.

“This challenge will be my biggest yet, both physically and mentally. I have chosen this date as it would have been my Grandad’s 99th birthday, but sadly he passed away last May. He was a lifelong Royal Marine and proud military supporter, so it seems fitting that all funds raised will go to Care for Veterans, a charity which helps heroes of all ages who have served this country and have physical disabilities and complex needs.”

Born in Beverley Yorkshire, Dan’s grandfather was aged 17 when he joined the Royal Marines on 4 March 1940. He joined the RM Commandos on 1 August 1943 and served in the 42, 43 and 45 Commando units. During World War II, he served in Italy and Yugoslavia and after the war, he went on to serve in Singapore, Malaya and Hong Kong. His service ended on 13 July 1953.

The funds raised from this event will help towards the £1.9 million needed each year for the charity to maintain its nursing and rehabilitation services for ex-Service personnel.