The Swindon Male Voice Choir will be appearing at The Deanery Academy alongside their invited guests to raise vital funds for SSAFA, the Armed Forces charity. 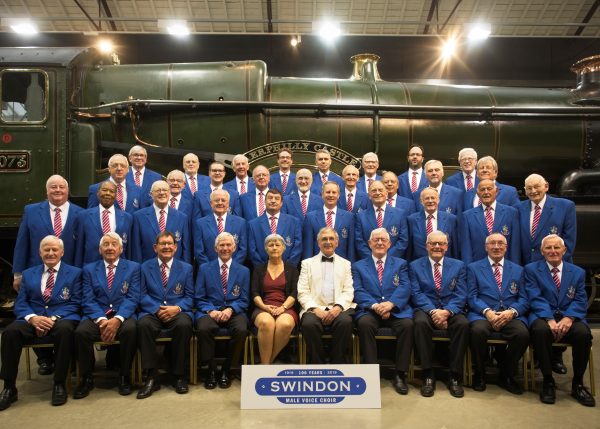 On Saturday 26 March at 7.30pm, the Swindon Male Voice Choir, alongside the Regimental band of the Royal Welsh, will take the stage at the Deanery Academy Theatre in Swindon to perform a variety of musical styles, giving the audience an unforgettable experience.

The concert was originally planned for March 2020 to celebrate the choir’s centenary year, but due to the Covid-19 pandemic, the show was postponed. Now, almost 2 years later, the choir is finally back.

Members of the Swindon Male Voice Choir will be singing their own music as well as joining with the Regimental band for several uplifting combined pieces.

There will also be a spectacular performance from the Royal Welsh Corps of Drums of the 3rd Battalion Royal Welsh, with proceeds from the concert going to SSAFA, the Armed Forces charity.

“The Swindon Male Voice Choir are pleased to be back performing to the public, and to do it with the band and Corps of Drums of the Royal Welsh is a real privilege. SSAFA, the Armed Forces charity is such a worthy cause and helps the military community in so many diverse ways, it’s a great way for the choir to start the year off, this will be an excellent concert, staged in the wonderful facilities of the Deanery Academy.”

Tickets for the event are £15.00 each and can be purchased from ticketsource.co.uk/SwindonMVC

If you wish to find out more about the concert, call 01793822495 or email swindonmalevoicechoir@msn.com