You are here: Home / News / News / Taxi Charity Veterans Travel to the Netherlands for Wandeltocht

Taxi Charity Veterans Travel to the Netherlands for Wandeltocht

Every September, the town of Oosterbeek in the Netherlands hosts the Wandeltocht Event the largest organised walk in the world, to commemorate WWII’s Operation Market Garden and the route taken by British 1st Airborne Division as they headed towards Arnhem from the drop and landing zones. People head to the town each September to walk the route and participants can choose from the full 40km Wandeltocht to a slightly easier 10km. The eight proud London cab drivers will volunteer their time and vehicles to escort the Market Garden veterans to the Wandeltocht on this Taxi Charity trip funded totally by donations. The veterans will not be walking the route but will attend as honoured guests to be saluted and applauded by the passing crowds. 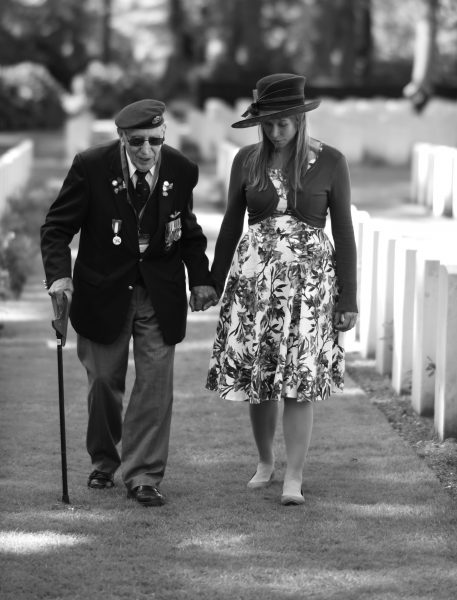 “Operation Market Garden made massive use of Airborne Forces, whose tactical objective was to capture and secure the bridge at Arnhem and to allow a rapid advance by armoured ground units. The Taxi Charity is delighted to be once again taking veterans from this iconic WWII battle to commemorate the event and remember the comrades they left behind on the battlefields and who now rest in the CWGC at Oosterbeek.”

Frank Ashleigh, a Market Garden veteran who will be traveling with the Taxi Charity to Arnhem said,

“In 1944 I got to the Hartestein on the Tuesday morning and with Lofty Cummins, dug a slit trench in the grounds. All was peaceful. The thought that came to mind at this early stage was that this was too good to last. I volunteered to go on a reconnaissance to find where the enemy was located and in what strength. We found out only too soon. Surrounded and trapped in the roof of a Roman Catholic church with two other Glider Pilots, we were trapped for four days before they found us and took us Prisoner of War. Altogether a far from enjoyable time, made harder as we had nothing at all to eat for the four days we were in hiding.” 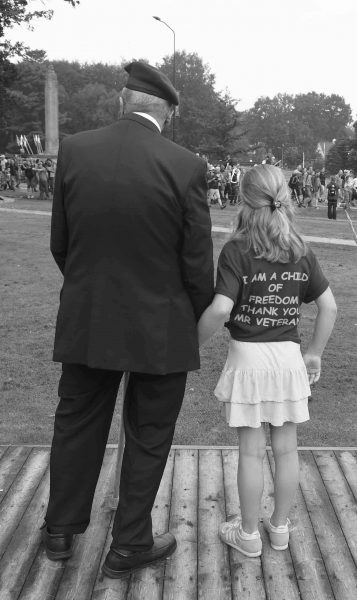 About Operation Market Garden
Operation Market Garden was a WWII military operation fought in the Netherlands from 17 to 25 September 1944 to create an allied invasion route into Germany’s industrial heartland. The operation succeeded in liberating the cities of Eindhoven and Nijmegen and many Dutch towns, creating a 97 km spur into German-held territory.
Market Garden consisted of two operations: Market, an airborne assault to seize key bridges; laying a carpet of airborne troops and Garden, a ground attack moving over the seized bridges creating the salient.

About the Taxi Charity for Military Veterans
The Taxi Charity for Military Veterans was formed in Fulham in 1948, to work for the benefit, comfort and enjoyment of military veterans and arranges many trips every year for veterans from many conflicts.
The charity offers international trips to Holland, Belgium and France, UK day trips to concerts or museums, transport to attend fundraising events, as well as special days out to catch up with friends and comrades.
To fund and facilitate these outings, the charity is wholly reliant on generous donations from members of the public, businesses and trusts and the amazing group of London licensed taxi drivers who volunteer their time and vehicles.