You are here: Home / News / News / The 80th Anniversary of the Battle of Britain

The 80th Anniversary of the Battle of Britain

The Taxi Charity for Military Veterans has been talking with Peter Smoothy, 95 from Herne Bay and George Dunn, 98 from Saltdean near Brighton, about their memories of the Battle of Britain

Peter Smoothy has lived in Herne Bay all his life and for over forty years ran The Four Fathoms pub for the Shepherd Neame Brewery with his sorely missed wife Shirley. On the 80th anniversary of the Battle of Britain, The Taxi Charity asked Peter about living through the Battle of Britain. 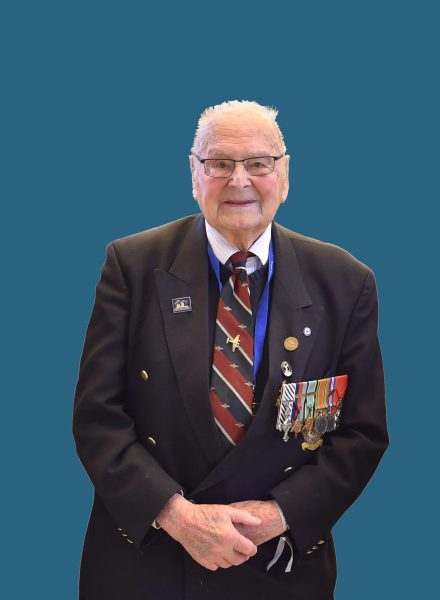 Peter left grammar school in Canterbury when he was 15 and became a Messenger Boy with the Fire Auxiliary Service in May 1940 just before the Battle of Britain began. Peter’s role was to send and collect messages and he needed transport, so he bought an old terrible bicycle for five shillings. As well as the bike his other equipment was a tin hat and a breathing apparatus. Peter vividly remembers riding to collect and deliver messages with bullets raining overhead from the fighting.

“Whenever there was an air raid siren, whether I was on duty or not I had to report to the Fire Station. We were lucky that the Germans weren’t targeting Herne Bay, but we did suffer from some bombs which were dropped at the end of bombing missions to lighten the plane’s load before flying back to their airfields in France and Belgium. When the German and British planes were fighting over us in Hern Bay, with bullets dropping all around us, we just had to get and do our jobs.”

George Dunn, 98, lives in Saltdean near Brighton. In 1940, aged 17, George lived in Whitstable in Kent. He responded to the radio broadcasts asking all males over the age of 17 who weren’t due for call up to join the LDV. The LDV (Local Defence Volunteers) later became the Home Guard much beloved and easily recognised from the TV series Dad’s Army. As part of the LDV, George received an arm band and didn’t receive arms or a uniform until much later when the LDV was rebranded as the Home Guard. The Home Guard then also received training with the army. His role was to look out for German parachutes or crashed aircraft and to guard buildings including the telephone exchange, the gas works and important points across the coast.

When asked what he remembers of the Battle of Britain George said,

“I was in Whitstable on the North Kent Coast and we saw quite a bit of dog fighting over us in the Kent skies. It went on for months until the September when the Germans lost a huge number of planes and the air battle ended.”

At the age of 18 George joined the RAF and in December 1943 was awarded the Distinguished Flying Cross. This medal is awarded for an act or acts of valour, courage or devotion to duty whilst flying in active operations against the enemy.

Both Peter and George have been invited to a special veterans’ event at Biggin Hill on 15 September to commemorate the Battle of Britain and both hope that the event goes ahead, and they will be able to attend.

WWII veterans Peter Smoothy and George Dunn are supported by The Taxi Charity For Military Veterans who arrange trips to the continent for veterans to honour and remember those who didn’t return. The Charity will be sending out specially designed Battle of Britain cards to WWII veterans and charity supporters, featuring the V for Victory from the Operational Alphabet created for the Battle of Britain in 1940.