You are here: Home / News / News / The Bridge for Heroes veteran’s charity receives the Queen’s Award for Voluntary Service 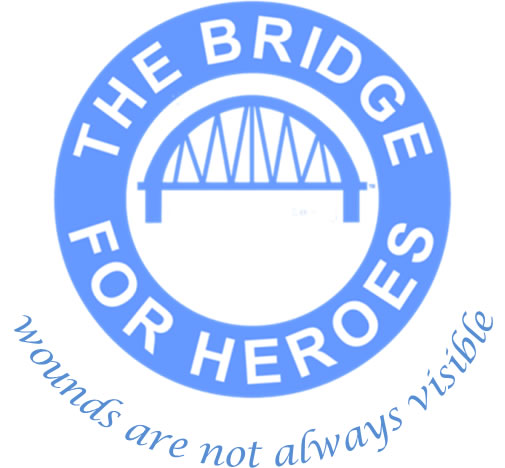 The Bridge for Heroes charity provides support to members of HM Forces veterans community and is based in King’s Lynn, covering all of West Norfolk. The charity is itself supported by a dedicated team of volunteers, drawn mostly from the ex-service community, who have now been honored with the Queen’s Award for Voluntary Service, the highest award a voluntary group can receive in the UK.

The Bridge for Heroes was set up just over ten years ago, to provide help and support to those in the veteran community most in need, many of whom were finding the adjustment from service life to that in the civilian community difficult to manage. Since it started it has supported well over 1,000 veterans in a multitude of ways, from dealing with housing and benefit issues, to supporting those struggling mental health problems.

As a charity it relies heavily on fund raising, of which the volunteers played a pivotal role, being instrumental in conducting the street, shop and event collections, which were key to the charity’s continued operation and success. They were also the first point of contact for anyone entering the charity’s centre, to whom they provided a listening ear, in addition to giving much needed practical support to the many veterans with specific needs.

With the onset of the COVID-19 pandemic, the Charity has quickly responded by reconfiguring from a ‘drop-in’ to an ‘out-reach’ service. Leaning heavily on the experience gained by its volunteers through military training in a hostile biological environment, the need for PPE for those undertaking home visits was quickly identified and sourced and a set of safe working practices developed in order to ensure the safety of both the front-line staff and those beneficiaries receiving home visits.

In the COVID-19 world that we find ourselves in, the Charity has been able to provide an even wider range of support to the most vulnerable of veterans, ranging from the delivery of essential provisions and prescriptions, to offering person to person advice and well-being support for those suffering the most from self-isolation. It has also invested in new online chat and webinar services enabling veterans to maintain contact with the Charity and their peer group.

The Bridge for Heroes is one of 230 charities, social enterprises and voluntary groups to receive the prestigious award this year. The number of nominations remains high year on year, showing that the voluntary sector is thriving and full of innovative ideas to make life better for those around them.

The Queen’s Award for Voluntary Service aims to recognise outstanding work by volunteer groups to benefit their local communities. It was created in 2002 to celebrate the Queen’s Golden Jubilee. Recipients are announced each year on the 2nd June, the anniversary of the Queen’s Coronation. Award winners this year are wonderfully diverse and include volunteer groups from across the UK.

Mike Taylor, the CEO of the Bridge for Heroes commented

“I am delighted that the work of the volunteers, who so ably support the charity has been recognised with such a prestigious award. It pays tribute to their hard work, dedication and commitment in supporting the charity and all of its veteran beneficiaries, without whose valuable help and assistance many would struggle to cope”

James Wild MP for North West Norfolk, who is well acquainted with the work of the Charity, said

“I’m proud to support the Bridge for Heroes and their inspiring efforts to assist those who’ve served our country. By adapting their model in this crisis, Mike and all the brilliant volunteers have shown the agility which defines our Armed Forces to help people in need in West Norfolk”

“I offer my congratulations to Mike Taylor CEO and the Bridge for Heroes volunteers, who richly deserve this recognition of their continuous dedication, which they have maintained for over 10 years.”