The figurehead role of the Legion’s National President is the most senior representative of the charity, it is normally held by a senior retired officer, and rotates every three years between the military services. Lt Gen James Bashall took over the role in mid-May and immediately assumed duties for the commemorations of the 75th anniversary of the D-Day Landings, marked during the week of 6 June 2019.

Following 34 years service, Lt Gen James Bashall retired from the Regular Army in October 2018. As a young officer he commissioned into the Parachute Regiment and served with the Regiment’s 2nd and 3rd battalions. During his career Lt Gen Bashall commanded the 2nd Battalion of the Parachute Regiment, the 1st Mechanised Brigade, and the 1st (UK) Armoured Division, deploying to Germany, Afghanistan, South Armagh, Iraq and Libya to name a few. He later held positions as Chief of Staff at Permanent Joint Headquarters, and Director Personnel at Army Headquarters. His final post was Commander Home Command, overseeing the Army’s main support elements from training and recruitment to soldier welfare. 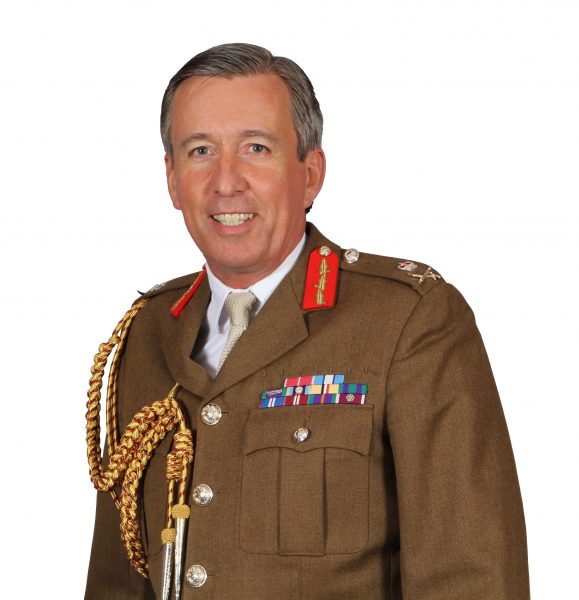 “It is an honour to be appointed as the National President of The Royal British Legion, a charity with an esteemed history, and one that plays a vital role in today’s Armed Forces community.

“Throughout my military service the Legion has been a constant, championing the unique contribution of the Armed Forces community, providing life-changing support, and ensuring the sacrifice and service of those who have gone before is honoured and remembered.

“I am very much committed to and enthused by what the next three years in my position have to hold, including serving the charity during its centenary and supporting its staff while we look ahead to the next 100 years.”

The role of National Chairman of The Royal British Legion is elected by its membership once every three years. The National Chairman is an active position, leading the Board of Trustees and representing the Legion’s interests both internationally and across the UK. Having served for three years as the Legion’s National Vice-Chairman, Una Cleminson started her duties as Chairman at the close of the organisation’s Annual Conference this year.

Una has a long and rich history with Legion, and started her involvement collecting for the Poppy Appeal at the age of 16. She was aware of the Legion’s welfare work, especially at that time with First World War veterans, and subsequently joined the organisation’s membership in the 1970s. During her military career Una was a Major in the Territorial Army’s unit field hospital and worked for 18 years as a sister at the Hospice of St Francis in Berkhamsted. 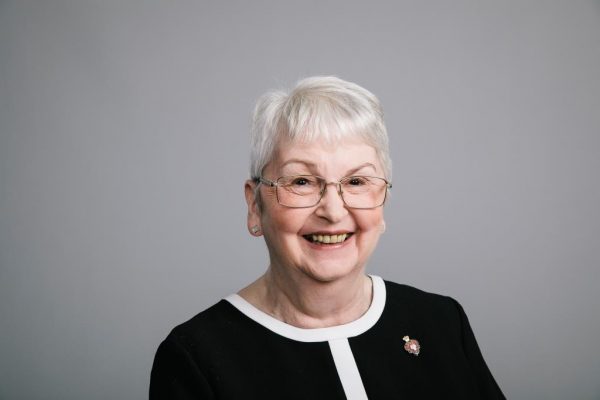 “I am immensely proud to be the first female National Chairman of The Royal British Legion. The Legion is a hugely progressive organisation, with women holding roles of influence and responsibility on our Board of Trustees and Executive Board for decades, and I am pleased we can continue to demonstrate equality in our most senior roles with my election to National Chairman.

“I look forward to the challenges involved in the role, including building our connections and working collaboratively with other military charities, and growing and developing our membership – and importantly ensuring that current Serving members of the Armed Forces community feel that our membership offering is right for them. I feel a special connection with the Legion’s work in the field of mental health and wellbeing, and I am particularly keen to ensure we continue to break down stigmas and reach out to those most in need of our support.”

The newly appointed National President and elected National Chairman will serve in their roles until May 2022, and throughout the Legion’s centenary in 2021.

Lieutenant General James Bashall CB CBE retired from the Regular Army in October 2018 after 34 years service.  His final post was Commander Home Command, based in Aldershot.

In the rank of Major General, he commanded 1st Armoured Division in Germany and then spent two years as Chief of Staff Operations at PJHQ.  He also spent six months at Army Headquarters as Director Personnel.

As a brigadier he commanded 1st Mechanised Brigade in Tidworth for two years, during which time he deployed the Brigade to Iraq on Op TELIC 10.  He also commanded the Joint Force Headquarters in PJHQ, and deployed to Malta on Op DEFERENCE, conducting a NEO into Libya.  On the staff as a 1* he was the Director of the Army Division at Shrivenham for a year.

In the rank of Colonel, he worked in the Ops Directorate in the MoD Main Building as the lead for Afghanistan.  He attended HCSC in early 2005; prior to which he spent 6 months in Basra as COS MND(SE).  He commanded 2 PARA in Colchester between 2001 and 2004.  As the Airborne Task Force, the Battalion deployed to Kabul in January 2002 as part of the initial international commitment to Afghanistan.  His time in command also saw the Battalion committed to an extended tour of South Armagh, as well as a deployment to Iraq on Operation TELIC 3.

Previous staff appointments included a tour in the MoD Main Building as an SO1, with a focus on Defence Engagement in the Middle East.  In the rank of major he was MA to Commander Field Army.  He attended Shrivenham and the Army Staff College between 1993-1994; prior to which all of his early service was spent at Regimental Duty with 2 and 3 PARA.

Lieutenant General Bashall has remained as Colonel Commandant the Royal Army Physical Training Corps in retirement.  He is also Admiral of the Army Sailing Association and Honorary Colonel London OTC.   Although retired, he remains busy in a number of new fields. In addition to supporting a variety of charity work; he also runs his own consultancy company.  He is married to Sarah-Lucie and has 3 children – Sophie (23), Charlie (21) and Oliver (17).

Una Cleminson BEM TD is a retired Major from the Territorial Army’s unit field hospital, who worked for 18 years as a sister at the Hospice of St Francis in Berkhamsted.  Her husband, Peter, served as National Chairman of the Legion, retiring from the post several years ago. Una’s first membership of the Legion was in the 1970s, when she joined the Women’s Section at Chesham, transferring to the Legion’s main membership when she joined the Territorial Army.

Una has been involved with the Poppy Appeal since she was 16, and back in Penrith was aware of the local welfare committees who were working with those in need – a lot of cases were First World War Veterans.