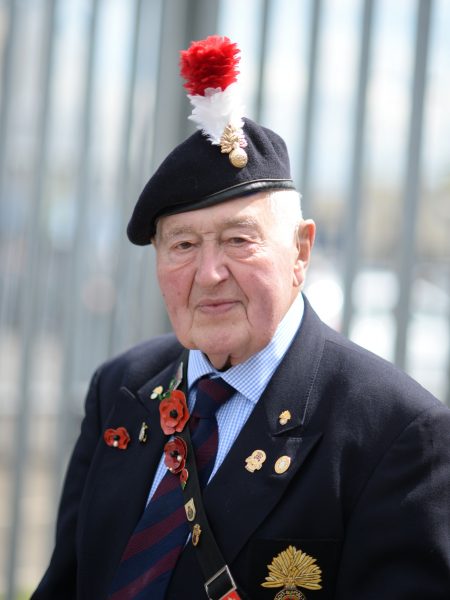 Roy Knight, served with the Royal Regiment of Fusiliers and was a popular member of the Taxi Charity for Military Veterans. Originally from Croydon, Roy was a London Cab Driver and Blue Badge guide for many years. For the last few years Roy had been a Chelsea Pensioner living at the Royal Hospital Chelsea. Sadly, he had been ill with throat cancer for some time. 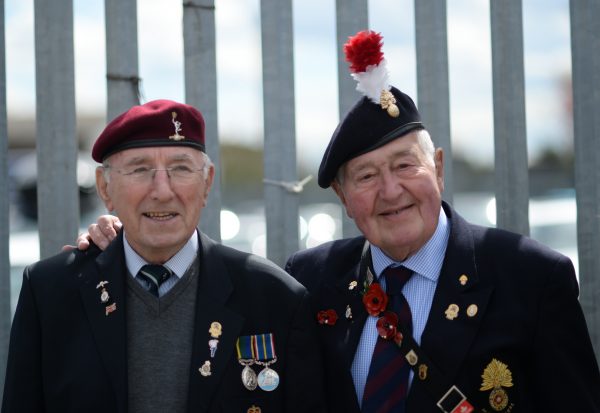 On VE Day, in 1945, Roy was a drummer and bugler in the Army cadets and caught the train from East Croydon to Victoria to join the celebrations to mark the end of WWII. Proudly wearing his uniform, he listened to the crowd cheering and singing along with the popular songs of the time including ‘It’s a Long Way to Tipperary’ and ‘My Old Man said follow the van.’

Roy was clearly very taken with  the drum majors who were throwing their maces in the air that day and the memory made a powerful impression  as years later he began making beautiful ceremonial drums which he presented to military groups.

“I first met Roy when I jumped in his cab in 2004 before I was involved with the Taxi Charity, and we began talking about military history. He told me he was going to Monte Cassino later that year for the 60th Anniversary commemorations in Italy which I was also attending, and I bumped into him again there. Later that same year I was invited by the Taxi Charity Chairman to attend their annual trip to Worthing and met Roy again and I have had the pleasure of knowing him ever since.”

“Before the pandemic prevented collections, Roy was one of our  veteran fundraising team, who resplendent in his ‘Scarlets’, raised money for the charity by shaking collection buckets either at Millwall FC or at commuters as they hurried through  train stations across the capital. Roy and the rest of the collection team loved chatting to football fans and passengers, smiling for countless selfies  and afterwards enjoying a lovely pub lunch.”

“The Taxi Charity has lost another of our close-knit family of veterans, and he will be sorely missed.”