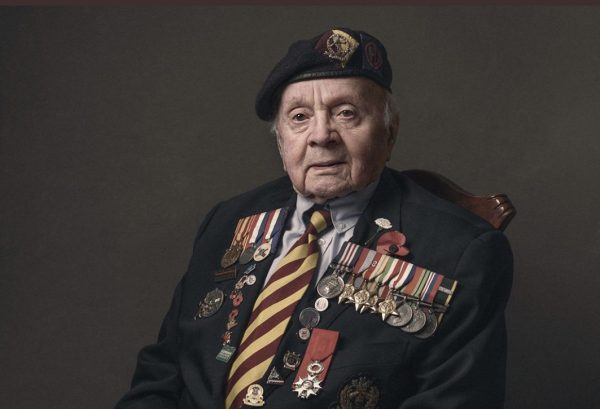 Jeff Haward was born in Finchley in 1919, he had two sons John and Keith and settled in Rochester, Kent after the war.

WWII Veteran Jeff Haward MM served with the 1/7th battalion of the Middlesex Regiment. He reported for duty at the age of 18 in September 1939 and went to France in January 1940. He is one of the few who fought from Dunkirk to D Day during WWII.

Jeff was a very popular member of the Taxi Charity. He loved being part of the charity trips throughout the UK and especially to Normandy for the D Day commemorations accompanied by his companion and carer Doreen.

“It’s hard to believe that Jeff has gone, even though we knew it was inevitable. So many people will miss him and that’s a testament to the man himself. His politeness, dignity and humour were ever-present. He was so grateful for everything that the Taxi Charity did for him, and it became a huge part of his later life. Rest in peace, Jeff.”

“Jeff was one of the special generation that we should never forget. He fought throughout WWII,  enlisting in 1939  and taking part in both Dunkirk and D Day. In 2020  he was filmed by ITV Meridian for Remembrance Sunday, and I remember vividly how moved the camera operator was to have the opportunity to meet Jeff.  A true gentlemen, soft spoken, caring and a very special member of the Taxi Charity family who will be missed by us all. Stand at ease Sir your duty is done.”