Hardy soldiers deployed across Greater Manchester to support the national fight against Covid-19 have raised almost £5,000 for Broughton House Veteran Care Village in Salford by running and cycling over 3,000km in their spare time. 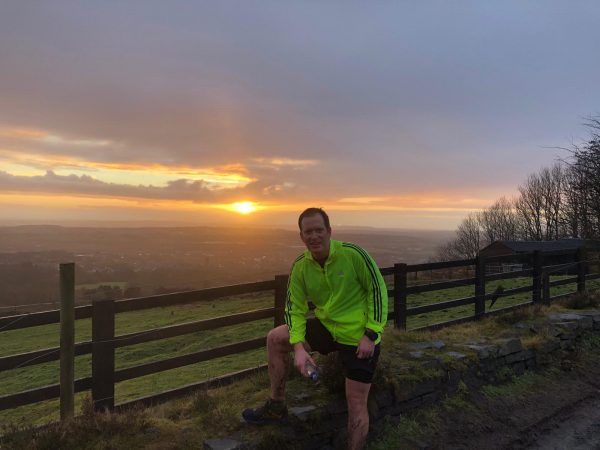 Members of The Royal Lancers have been seconded from their base at Catterick Garrison to carry out asymptomatic Covid testing on key workers at local authority sites in Bolton, Salford, Trafford and Wigan.

In their free time, 50 members of B Squadron, The Royal Lancers ran a total of 2,200km in a 10-day challenge. One of the group, Corporal Matthew Stone, clocked up 159km.

The figure of 2,200km represents the distance from Catterick Garrison in North Yorkshire to Blenheim in Germany and back. In 1704, the Royal Lancers’ antecedents fought at Blenheim in the War of Spanish Succession, the regiment’s oldest battle honour.

Meanwhile 20 members of C Squadron, The Royal Lancers each ran 26km in one evening, and their colleague Cpl Damon Toyne clocked up 356km in 16 hours on a turbo trainer without a break.

The combined efforts of both squadrons has so far raised £4,825 for Broughton House, which is currently undergoing a £13m transformation to create the UK’s first Veteran Care Village.

The next stage of the scheme has begun and will feature 32 residential care and residential dementia care beds and six independent living apartments alongside the Armed Forces Support Hub. Broughton House is seeking to raise a further £1.4m to complete this stage of the project.

“The suggestion of raising funds and supporting the local community in our spare time was suggested by the regiment, and the cause of Broughton House was inspired by Col Russ Miller, Commander North West Region, who is a trustee of the charity.

“Everyone was really keen to take part, and we completed the various challenges during personal exercise periods while still working full-time at Covid testing sites.

“We pride ourselves on being a family regiment. Supporting the community in which we are deployed has become an important part of life here, especially as Greater Manchester is home to a large number of our soldiers.

“Being able to put back into the community is incredibly important, and we are very proud to have played our part in that, by raising awareness and financial support for Broughton House.

“We decided to link our efforts to our associated antecedent regiments, hence we ran the distance between Catterick and Blenheim and back. The C Squadron remembered the battle honour of Aliwal in northern India, which was fought in 1846. They set off on their run at 18.46.”

The Royal Lancers, formed in 2015, is one of the nine regular regiments of the Royal Armoured Corps. It serves as a reconnaissance regiment.

“While our Covid-19 testing work is a long way from the role we train for, it has seen our people adapt quickly and thrive.

“Helping anxious, nervous and vulnerable people through the testing was inspiring and stood testament to the flexibility and professionalism of even our most junior soldiers.”

Commodore Phil Waterhouse, chairman of Broughton House, said: “Covid-19 has severely impacted our ability to fundraise at a time when the charity has needed to raise money more than ever.

“We are so delighted that The Royal Lancers have not let Covid deter them in their fundraising for Broughton House, and we thank all the participants for their amazing efforts to support our new Veteran Care Village.”

The soldiers’ fundraising efforts for Broughton House can still be supported via https://www.justgiving.com/fundraising/blenheim-and-back