You are here: Home / News / News / Veteran from Dursley to take on mammoth 100k challenge for military charity 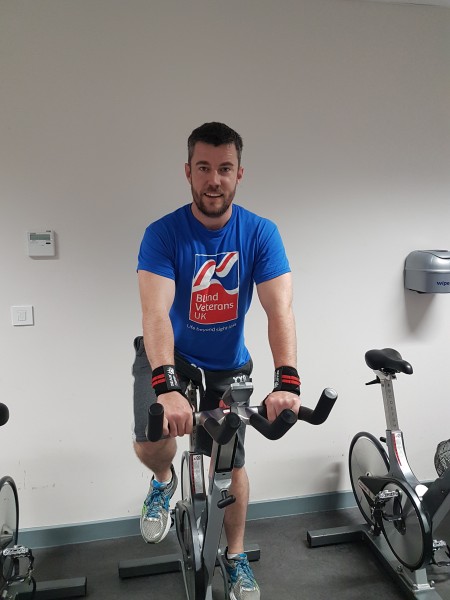 A man from Dursley is training to compete in a 100k walk from London to Brighton for Blind Veterans UK, the national charity for vision-impaired ex-Service men and women.

Paul Breen, 33, is himself a veteran, having served in the King’s Royal Hussars for ten years. During his Service, he completed tours of Iraq, Northern Ireland and Kuwait, and it is largely due to his Service, as well as those he served alongside, that Paul finds himself preparing to take on the challenge. He says: “I served with a man called Chris, who   I became good friends with. Unfortunately for him, he was hit in Afghanistan and was badly injured as a result, with his eyesight in particular severely damaged. The support that Blind Veterans UK has shown him has been fantastic, particularly in terms of his rehabilitation. They’ve also got him involved in photography which has just gone from strength to strength, and he now runs the Peak Photography Project to showcase the photos he’s taken in the Peak District.”

Paul continues: “His brother, Jim who also serves In the Kings Royal Hussars, completed the 100k last year and it just sounded like an incredible event and a great way of helping the charity support other blind veterans achieve independence after sight loss.”

Paul, who left the army as a Corporal in 2010, is no stranger to punishing physical tests, having competed in a range of challenges already. He says: “I’ve got several half marathons under my belt, a few trail runs in Canada as well as the Kuwait 10k. I’ve also got my eye on the Marathon De Sables, which is a five-day course in the Sahara Desert! It’ll take a few years to train for, but it’s definitely something I’m keen to achieve.” 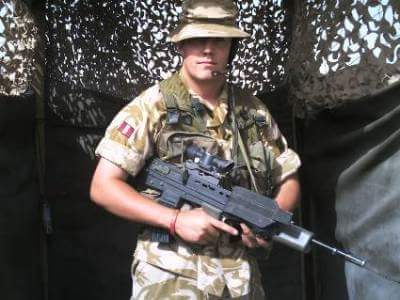 For Paul, who works for the AA as an automotive locksmith, sport has always played a large part of his life, both in and out of the forces. “I played rugby when I was younger. For as long as I can remember I’ve also been good at running too.” Indeed such is Paul’s passion for sport that, despite a knee injury that has rendered him unable to go on any distance walks, he’s still training up to eight times a week through a mixture of spin classes, high impact training and weight training.

You can support Paul as he takes on the 100k for Blind Veterans UK, by visiting justgiving.com/fundraising/PaulBreen2017. You can also see some of blind veteran Chris’ incredible photography at: facebook.com/PeakPhotographyProject/.

Registration for the 100k, which will kick off in Fulham on Saturday 1 July, is currently open with a fee of £62.50 for the 100km. For those not wanting to walk the full distance there is also a relay option available for teams of four walking 25k each. Teams taking part in the relay have a registration fee of £110. The all-inclusive entrance fee for participants includes lunch, dinner and breakfast at three rest stops, snacks and refreshments along the route and a free event t-shirt.