The Veterans’ Foundation has just awarded a record-breaking £1.1m in grants to UK-based military charities and organisations. 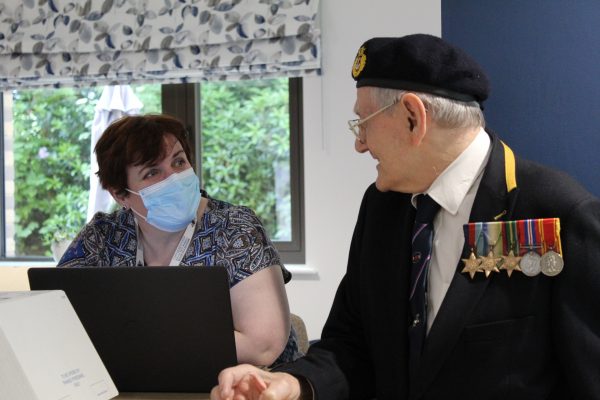 It means the charity has now provided £9.1m to good causes since inception in 2016 and this is the first time the Foundation’s trustees have approved a seven-figure sum in a quarter.

These awards come as the Cabinet Office announce the new Veterans Strategy Action Plan, which recognises that the Government must do more “to make the UK the best place in the world to be a veteran.”

The plan focuses on employment after service, improving healthcare and support services for veterans and their families, as well as addressing historic hurt experienced by sections of the veteran community.

However, all these touchpoints are among the many service-related issues that the VF’s £9.1m in grants have already been helping military charities across the UK to tackle over the past five years.

“This is the first time the charity has given more than a million pounds’ worth of grants and it is all made possible by the enthusiastic subscribers to the Veterans’ Lottery and generous donors to the Veterans’ Foundation,” he added.

“The important point here is that the money funds many admirable charities and charitable activities, which will help members of the Armed Forces community who are in need.”

The primary source of income for the Veterans’ Foundation is the Veterans’ Lottery and a record high of over 75,000 players are directly helping to fund even more life-changing projects all over the UK, with 14 organisations receiving grants for the first time.

Those charities include The Scar Free Foundation, whose research will help those with injuries heal better, and BASIC, the Brain and Spinal Injury Centre which provides a dedicated recovery centre to maximise independence for veterans with life-limiting injuries.

Among the other charities who received grants in the quarter were Service Dogs UK, RBLI, Royal Star & Garter, Scotty’s Little Soldiers and On Course Foundation.

Another charity to receive a grant is Deptherapy, a charity who seek to rehabilitate veterans with life changing physical and mental challenges through the medium of specially adapted scuba diving programmes.

“Without the Veterans’ Foundation support over the years Deptherapy could not deliver our programmes,” said Tom Oates, Deptherapy Ambassador and Mental Health Champion, formerly of the Scots’ Guards.

Since the Veterans’ Foundation began in 2016, more than 530 grants have been awarded to over 290 military charities and organisations.

To help veterans in need and be in with a chance to win £35,000 every month, sign up to play the Veterans’ Lottery here.

* The Veterans’ Foundation trustees meet four times a year to debate all grant applications. If you represent a UK-based military charity and would like to apply for a standard grant of up to £30,000 and a salary grant of up to £40,000, please click here to find out more.