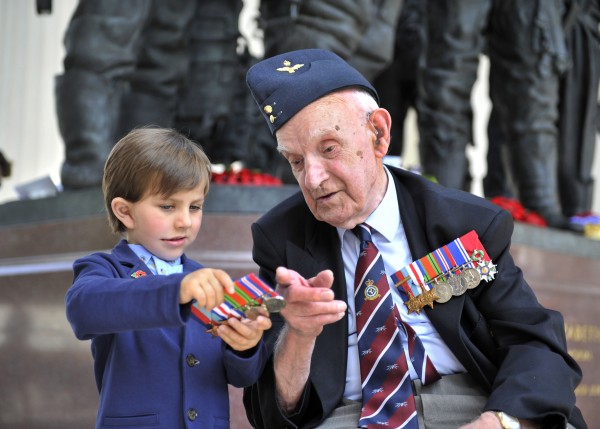 More than 200 Bomber Command veterans and their families gathered to remember their fallen comrades at a service at Bomber Command Memorial in London’s Green Park on Sunday.

The annual service remembers the 55,573 airmen of Bomber Command who were killed during the Second World War and is held on the anniversary of the Memorial’s unveiling by Her Majesty the Queen in 2012. The service, led by Canon Brian Lucas, is organised by the RAF Benevolent Fund, the RAF’s leading welfare charity and guardians of the Memorial.

Bomber Command veterans were joined by Chief of the Air Staff, Air Chief Marshal Sir Stephen Hillier, RAF Benevolent Fund Chief Executive Air Vice-Marshal David Murray and representatives from the Embassies of several of the Allied Forces during the Second World War, including Canada, Australia, the Netherlands and France.

Among the Bomber Command veterans in attendance were chairman of the Bomber Command Association Air Commodore Charles Clarke, 94, who was imprisoned in Stalag Luft III, from which the Great Escape was led, and Flight Lieutenant George Dunn, 95, who flew Halifax and Mosquito bombers during the Second World War.

Wreaths were laid at the foot of the Memorial as a Lancaster bomber flew overhead, while readings were said by Bomber Command veteran Wing Commander John Bell and the Chief of the Air Staff.

Air Vice-Marshal David Murray said: “The RAF Benevolent Fund is proud to be the guardian of the Bomber Command Memorial, ensuring the bravery of those men will be remembered for future generations to come. Today’s service is a poignant reminder of the devastating losses Bomber Command endured throughout the Second World War, particularly in the year which the RAF marks its centenary.”

Bomber Command was one of the deadliest groups in which to serve during World War Two. Of the 125,000 men who flew in Bomber Command, 55,000 – almost double the size of the Royal Air Force today. 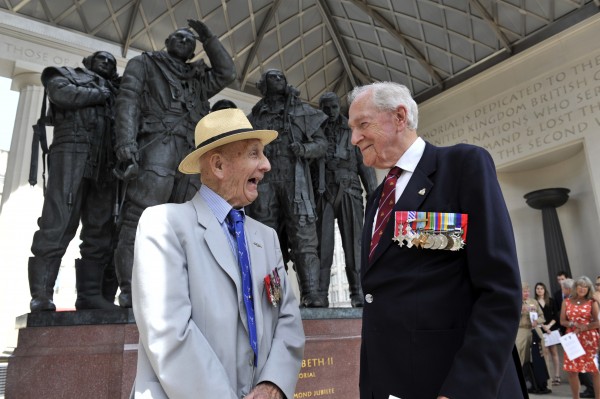