A former army sniper and a beauty therapist with four young children are among those taking part in a white-collar boxing event next month to raise funds for north west Armed Forces veterans. 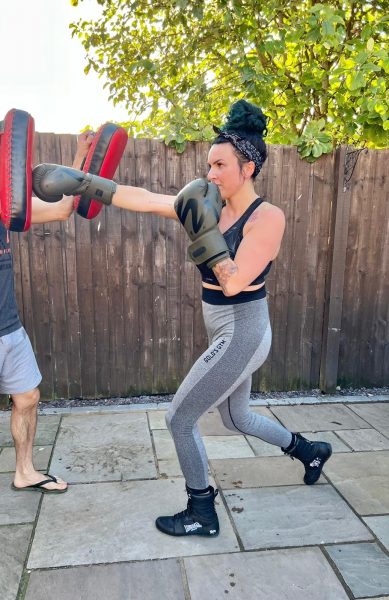 The black tie event will feature a three-course dinner, casino, band and raffle as well as a series of bouts.

It is taking place on Saturday, July 2 at the Hilton Deansgate Manchester and all of the money raised will be shared between Armed Forces Community HQ and Broughton House Veteran Care Village in Salford.

Armed Forces Community HQ, based in Wigan, is a not-for-profit organisation established in 2018 to provide a safe space for the Armed Forces community to belong, become socially included and access better life chances. It provides a host of activities and offers advice, guidance and support to veterans, their families and carers.

In partnership with Broughton House, the organisation is developing the North West Armed Forces Wellbeing Network as part of the nationwide Veterans’ Places, Pathways and People Programme to oversee a range of projects to support the Armed Forces community across Cheshire, Merseyside, Greater Manchester, Lancashire and South Cumbria.

The boxing gala is being staged by the Fighting Chances charity and among those taking part will be Jon Waterhouse, aged 30, who lives in Wilmslow.

Jon served for seven years as a kingsman in the 1st Battalion – The Duke of Lancaster’s Regiment, including tours of duty as a sniper in Afghanistan. He received counselling for post-traumatic stress disorder in 2020 after leaving the army.

“I’ve seen first-hand what help veterans require when either injured or transitioning into civilian life. This is a great opportunity to compete in a sport that I love while supporting a cause that is so close to my heart. There are many veterans across the north west who are in need of help.

“I boxed a bit in the army but am training hard in preparation for the bout and am looking forward to it.”

Caitlin Sadri, 31, a holistic and beauty therapist and mum-of-four from Astley, near Leigh, is one of the contestants.

She only took up boxing three months ago for fitness reasons and is currently training up to five times a week.

“My granddad fought in World War Two as a tank driver. I also have family and close friends who have built careers in the Armed Forces. I have the utmost respect for our veterans and members of the Armed Forces, and I’m so proud to be supporting them.”

Student paramedic Lizzy McGlinchey, 21, from Appley Bridge, near Wigan, is also training for the boxing gala.

Lizzy is studying at Edge Hill University, Ormskirk and is a civilian instructor with the 723 (Wigan) squadron of the RAF Air Cadets.

She has taken up boxing specifically for the event and said:

“It’s a special opportunity to raise money for two extremely important organisations that support our veterans and their families. I’m looking forward to it.”

All of the boxers are undergoing an intensive eight-week training programme to boost their fitness and resilience and will be matched against their opponent based on height and weight. Each fight will last for three rounds of three minutes.

Others taking part include Harry Harrison, who served in the Royal Corps of Signals for four years.

Harry, 26, who lives in Greasby on the Wirral, served from 2014-2018 and was a lance corporal before returning to Civvy Street. He has since qualified as an audiologist.

He took up boxing after attending Hard Hitters Boxing & Fitness, a veterans’ charity based on Merseyside, and he is looking forward to his first bout at the gala.

“I’m doing it to raise awareness for the tremendous work the organisations do for veterans, in particular for their mental health,” he said.

Organisers are still seeking supporters to buy or sponsor a table and are offering packages for businesses to advertise in the event brochure, promote the event on social media and donate cash or raffle prizes.

“The event promises to be a spectacular and memorable occasion which will raise vital funds for our charity and to support armed forces veterans and their families living in communities across the region.

“We hope as many individuals and businesses as possible will dig deep, turn out and support the evening as their help will really make a difference.”

“I personally understand the wide range of challenges that veterans, parents, spouses and children of serving and ex-service personnel face from my lived experience.

“We need to build resilience and positive social networks that offer non-judgmental support at the earliest opportunity.”

For more information about how to support the event, contact fightingchanceshq@gmail.com. Donations can be made directly via https://wonderful.org/charities/1155225