You are here: Home / News / News / Veterans to receive continued support after leaving Launchpad thanks to new project

A new project has been launched to support resident veterans to combat loneliness and deteriorating mental health long after they have moved on to live independently. 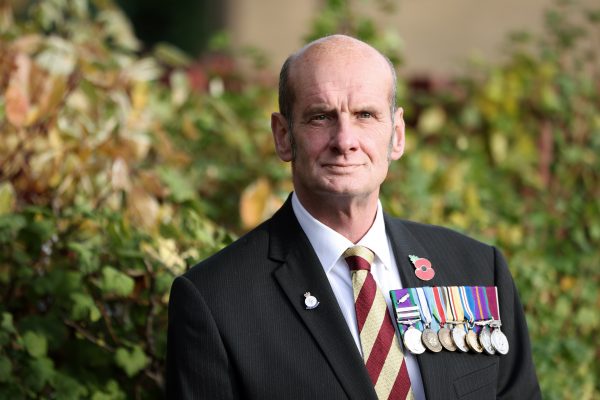 Veterans living at both Launchpad schemes in Newcastle and Liverpool, will receive follow-on support from a dedicated independent living co-ordinator to ensure they have the support they need to live independently and are connected with local Armed Forces and activities wherever they are living, either through Launchpad staff or the armed forces’ charity networks and other third parties.

In a recent Launchpad survey (June 2021), residents who felt ready to move on to live independently said they found the first months difficult/very difficult. 81% of those who responded to the survey said they struggled with loneliness and 50% saw a relapse of their mental health problems.

92% of veterans about to leave Launchpad expected the transition to be difficult with all of them feeling worried about loneliness. One resident said:

“I felt lonely, I’d had so much support on a daily basis [at Launchpad], it took time to adjust.”

“The aim of this project is to help residents connect and stay connected with social activities and support services near their new homes when they start living independently, to reduce isolation and increase their long-term health and wellbeing.

“To be successful, this project relies on collaboration and cooperation between charities and other organisations. 63% of residents who responded to the survey said additional external support they received focussed on supporting their mental health, addictions and employment problems, not reducing social isolation and loneliness.

“Thanks to grant funding from Force for Change, which is administered by the Armed Forces Covenant Fund Trust, we are able to cover the costs of bringing in an independent living co-ordinator to ensure the residents that leave feel supported and connected. It’s such a vital time for them in their transition to provide this extra support which will go a long way.”

The aim of the Force for Change grant, which will directly benefit residents, helps isolated members of the Armed Forces community to take part in activities that improve their general wellbeing or help them to be more connected or engaged in their local area.

In addition to staff salary costs for four months, the funding will contribute towards social activities such as fishing, cycling, fitness activities, arts and crafts, a daily allotment and will also provide volunteering opportunities with local community organisations and the church.

Launchpad is applying for additional funding to ensure the programme continues beyond March 2022.

A representative from the Armed Forces Covenant Fund Trust, said:

“We’re delighted to be able to award Launchpad funding for this project, and we look forward to seeing the outcomes and real life impact the funding has.”

Launchpad provides accommodation and support to veterans to help them stabilise their lives and make a successful transition from military to civilian life. The charity has supported over 525 veterans from its two houses at Avondale House in Newcastle upon Tyne and Speke House in Liverpool.