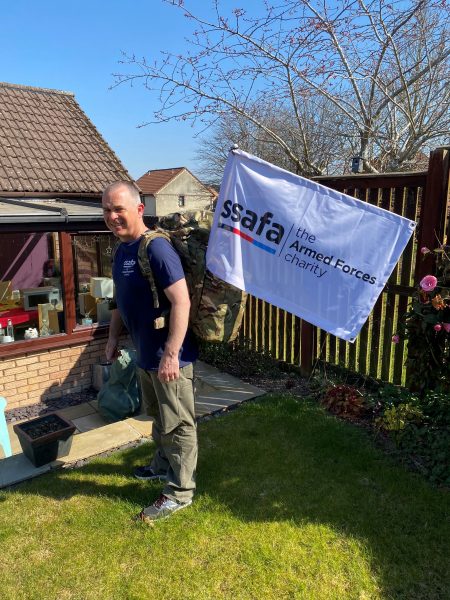 This challenge is 154 km long and will take five days, running from Milngavie North of Glasgow to Fort William in the Scottish Highlands. Peter will be carrying an impressive 25kg as part of the challenge.

Peter served in the Royal Scots and is a Gulf War veteran. He is now in the process of becoming a SSAFA Caseworker in order to support Forces families further.

“I have seen a lot of people being helped by SSAFA. I am a veteran and I want to give back.

I will be carrying all of my supplies and bivying in a small tent or shelter each night, no cushy B&B at night”.

SSAFA, the Armed Forces charity, has been providing lifelong support to our Forces and their families since 1885.

Please support Peter on this trek by donating here: justgiving.com/fundraising/peter-mcintyre15