You are here: Home / News / News / Veterans Turning to Charity For Help Accessing their Eligible Benefits 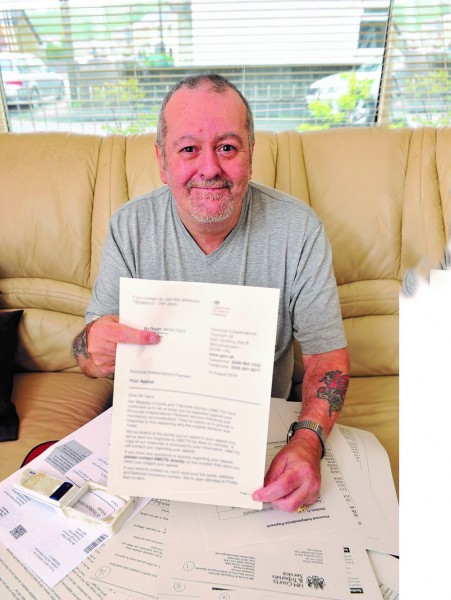 Caption: RAF veteran Roger Gard, of Wales, had his benefits reduced after a welfare reform. He contacted the RAF Benevolent Fund who appealed the ruling, securing him a year’s worth of backdated benefits. Photo: RAF Benevolent Fund

Paul Hughesdon, Director of Welfare and Policy at the RAF Benevolent Fund, said: “It’s astonishing to discover that so many RAF veterans who have served our country aren’t receiving the benefits they deserve. For whatever reason, perhaps because of confusing documentation or poor communication, people just aren’t aware of the benefits available to them.

“For example, we often identify veterans missing out on the single person council tax discount, perhaps because their spouse died and they never contacted their local authority to let them know. The service we provide maximises our beneficiaries’ income, which can make a huge impact on their lives.”

The service aims to provide tailored advice and information to veterans and their partners about their eligible benefits based on their individual circumstances. Veterans are then encouraged to contact the Department for Work and Pensions (DWP), HMRC or their local authority, as necessary, having been empowered with the knowledge and information they need to claim the financial support they’re entitled to.

Battle of Britain veteran, Stan Hartill, aged 97, found the service invaluable when it was discovered that he was missing out on a premium that would bring in £60 a week. He was also advised that this premium could be backdated to when it should have first applied to his benefit claim. Using this advice, Stan contacted the DWP and successfully obtained £9,000 in backdated benefits, as well as a £3000 increase to his annual income.

The money made a big difference for Stan who, like many other World War Two veterans, is not eligible for a military pension because his service was limited to wartime and ended before 1975.

Stan said: “I had no idea I was eligible for more money, so when the RAF Benevolent Fund told me I could get an additional £60 a week, I was thrilled. It might not seem like a lot of money to some people, but for me, it’s helped a lot.

“My daughter, Sandra, is my full-time carer. I’m often unwell but she’s there for me 24/7, day and night. The extra money helps us both out with little things, like our weekly food shopping or unexpected expenses that might pop up.”

The charity has also begun providing advocacy and representation to an increasing number of veterans reporting a reduction or removal of their disability benefit.

After suffering a stroke in 2015, 66-year-old RAF veteran Roger Gard was in receipt of Disability Living Allowance (DLA), but following reforms to the way disability benefits were paid, he was required to change his claim to a new payment called Personal Independence Payment (PIP). The change meant that his financial support was being drastically reduced, leaving him anxious about the future.

Unable to understand the complicated forms he needed to complete to appeal the ruling, Roger contacted the RAF Benevolent Fund for help. A successful appeal resulted in not only a reversal of the reduction but also a year’s worth of backdated benefits.

Roger said: “Without the support of the Fund I would have given up trying to make sense of it all. I would have been at least £100 a week worse off and now having that extra money makes a real difference to my quality of life.”

In addition to supporting veterans with advice to access financial benefits, the charity also advocates on behalf of those who are struggling to get the correct services from the NHS or their local authority.

Paul added: “The ability to challenge local authorities and other statutory providers is a really important part of our work, to ensure that members of the RAF Family receive the support that they are entitled to. Having a legally qualified advocate helps to ensure that veterans are not bamboozled by the process and that councils are held to account.”

The Advice & Advocacy Service has had such high demand that the charity has had to bring on additional staff to help with the number of cases that it is receiving.

The RAF Benevolent Fund announced today in its annual review that it spent £17.6m last year helping more than 65,000 members of the RAF Family.