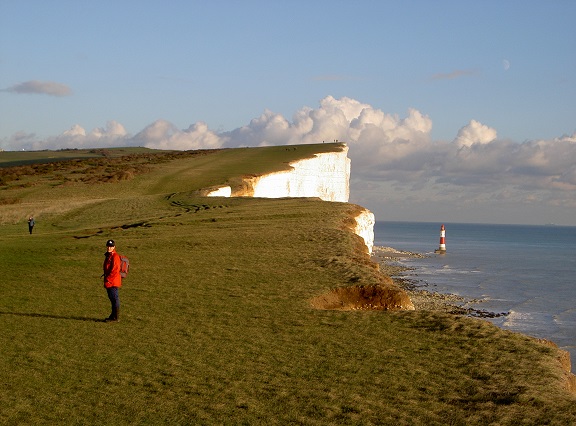 Looking back on the first 500 miles (Portsmouth to Hullbridge, Essex) of the Victory Walk, the main difficulty is remembering where I’ve been!  Being on the move almost every day means that the walk becomes a blizzard of place names, each to be reached, passed and left behind.

Perhaps the two most difficult things to leave behind were Navy Command HQ with the ongoing WRNS100 demands, and Portsmouth’s Spinnaker Tower.  It took 60 miles and Selsey Bill before the Tower eventually disappeared behind me!  WRNS100 did not conclude until mid-December, with a superb reception for 100 serving and veteran naval women in the Speaker’s House, Palace of Westminster.  Shortly afterwards I broke for a Christmas break in a cosy rented cottage in Kent. 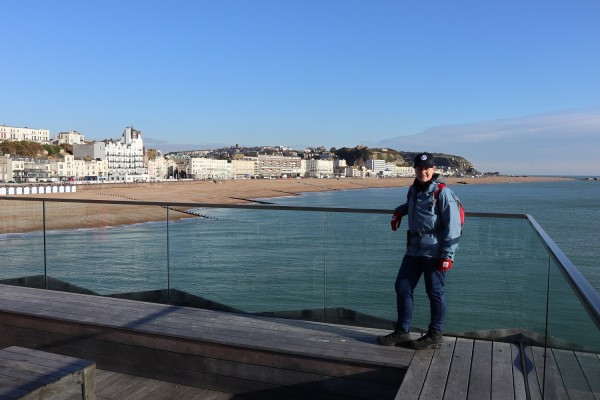 Already I’ve walked on almost every type of terrain, ranging from tarmac, shingle, chalk, sand, pavements, clay, pebbles, shells and grass, to glutinous mud. This has been accompanied by a cocktail of British weather – ice, snow, strong winds, sleet, rain, freezing winds and a little sunshine.  We should not be surprised – after all it’s still winter.

Encountering my first hill after 100 miles of flat walking was a shock to the system, as were the ‘Seven Sisters’ series of clifftops leading finally to the amazing 531-foot vista from Beachy Head.

Not all views have been so invigorating.  Miles of pebbled beaches and groynes proved monotonous, as have the never-ending grassy curved protective seawalls, accompanied by acres of mud at low tides in the Essex estuaries.

To write that the walk has been wholly enjoyable would be misleading.  It’s been depressing to encounter so many closed and derelict industrial sites, vandalised buildings, rubbish strewn paths and countless mounds of fly-tipped debris.  Poor, non-existent or tampered waymarking, overgrown paths and sudden unmarked dead-ends have certainly caused walker’s frustration!

These occasional dips in morale have easily been countered by meeting so many kind people along the way, including enthusiastic assistance from Sea Cadet Units. Highlights include seeing busy ferry ports and container terminals in action; visiting Hastings’ ‘Pier of the Year 2017’; walking the length of the World’s Longest Leisure Pier at Southend; chancing upon countless monuments and memorials commemorating everything from wars to winkles; crossing the Thames on Westminster Bridge; and the first major change in walking direction: from east to north.

I’m sure there will be numerous good and bad things to come, just as there are many, many more miles to walk.  All I ask in return is that donations to the Victory Walk continue to roll in! 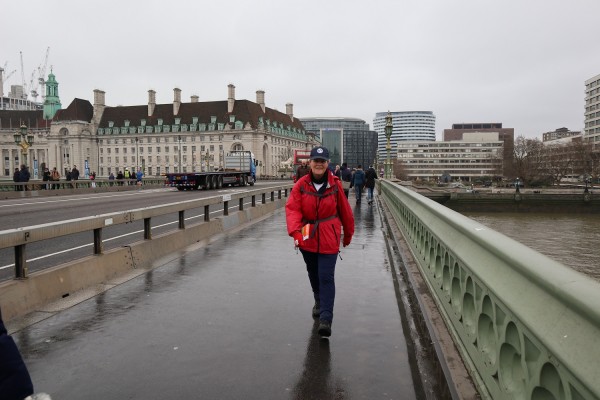