Having not one but two knee replacements – on the same leg – might put off some people from taking part in strenuous fundraising activities, but not Vince Stopp, who served in the Royal Green Jackets for 24 years, and last Monday (September 20) climbed Snowdon for SSAFA, the Armed Forces charity. 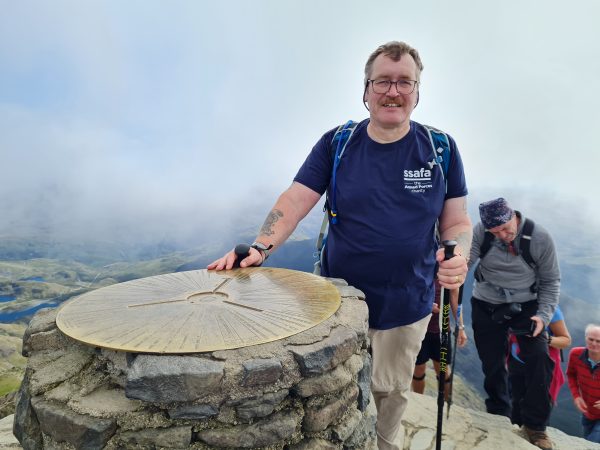 Vince, who lives in Preston, has beaten his target of £500 and said that it has been a struggle recovering from his operations, but added that the goal of climbing Snowdon and wanting to help SSAFA was his inspiration.

“It’s been a year since my second operation, and I went from crutches to walking poles, to setting off for the summit of Snowdon at 7am last Monday with my daughter Michelle on our Snowdon adventure for SSAFA.

“The nine miles to the summit and back is something I couldn’t have imagined being able to do a year ago, but I did it – even though it took me 10 hours.

“Everyone has been really friendly and supportive on the mountain, and we’ve even had a few donations from some generous walkers who spotted the SSAFA shirts. Going downhill was murder on the knees, but when I got back to the bottom, I thought ‘Job done’ and I was still smiling.

“I’m really chuffed, and really pleased to have played my part in helping SSAFA help our servicemen and women, and their families.”

Vince is still accepting donations for SSAFA via justgiving.com/fundraising/michelle-stopp