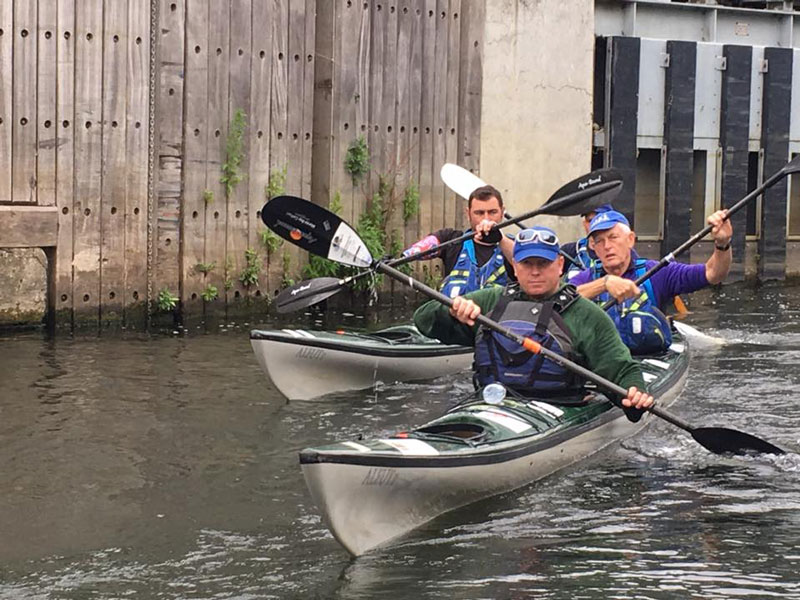 On 29th June 2017, Andy Reid and Glen Hughes paddled their way past the Houses of Parliament and underneath Westminster Bridge to signal the end of their epic, 14-day adventure, which began in Lytham St Annes, Lancashire. Blood, sweat and tears were put into this enormously challenging feat, which saw both men cycle 400 miles and kayak an impressive 125 miles in just two weeks. They were also joined by Andy North, a cycling world record holder from Ultra6, who ran a marathon alongside them every day, for 10 days of the Challenge.

The Warrior Challenge honoured the memory of six men who lost their lives serving in the Kandahar province of Afghanistan in 2012, when their Warrior Armoured Personnel Carrier drove over an IED. Both Andy and Glen suffered life-changing injuries as a result of their service – Andy lost both legs and his right arm, whilst Glen is recovering from Post-Traumatic Stress Disorder (PTSD) – a factor that only adds to their achievement in conquering this remarkable challenge.