You are here: Home / News / News / Watch: 1982 memorial services live from the Falklands

Forces News is livestreaming memorial services from the Falklands from today, to remember those who were lost in the Falklands war, 40 years on. 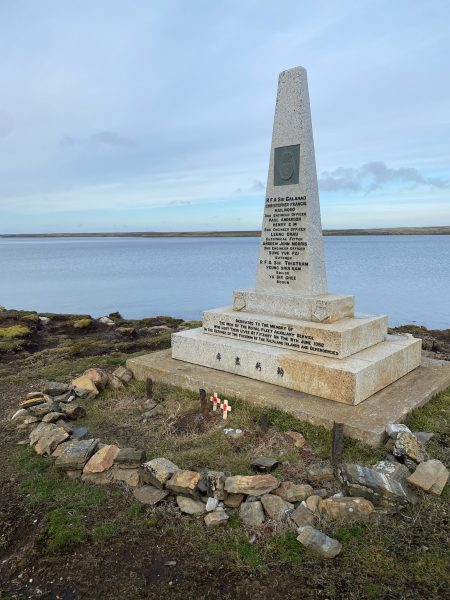 Here’s how you can take part virtually:

Wreaths will be laid on behalf of the people of the Falkland Islands, 40 years to the day since supply ships of the Royal Fleet Auxiliary, the Sir Galahad and Sir Tristram, were bombed in the waters off Fitzroy while Welsh Guards were waiting to disembark.

Fifty Guards, ships’ crew and soldiers lost their lives during the event, but together we can remember them.

Wreaths to be laid on behalf of the people of the Falklands Islands, to mark four decades on from the day 14 sailors died on HMS Glamorgan when she was hit by an Exocet missile.

Veterans will come together to remember the key moments in the conflict, those who served and those who supported the Task Force, including merchant mariners, dock workers and civilians.

An act of remembrance will be shown from the 1982 Cemetery in Port Stanley – the event narrated by journalist Max Hastings, who reported from the Task Force in 1982.