You are here: Home / News / News / Why a respite break means the world to bereaved Forces families

Why a respite break means the world to bereaved Forces families

After Nikki Scott’s husband was killed in Afghanistan, the impact on their children was devastating, but a holiday allowed her 5-year-old to smile again, inspiring Nikki to do the same for hundreds of other bereaved Forces children. 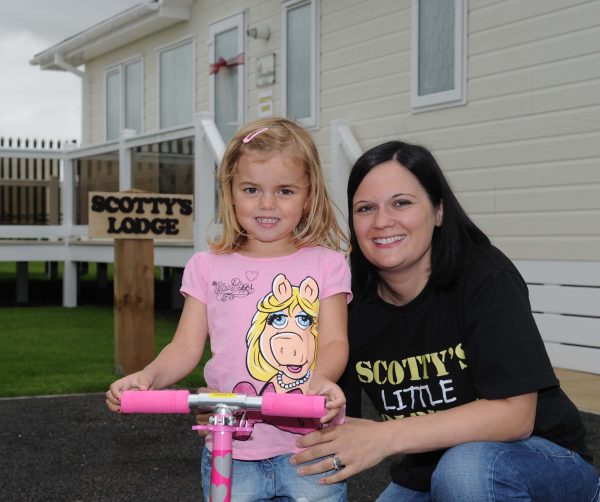 “My happy little boy wasn’t the same child after his dad was killed. Seeing his sad face was utterly heart-breaking. But my cousin convinced me to take the kids on holiday and that’s when I saw Kai laughing and smiling for the first time since Lee died,” explains Nikki Scott.

“I got back from that holiday and started researching support for bereaved service children. I thought there must be some support out there for them, but I couldn’t find any,” says Nikki. “Having seen the difference the holiday made to Kai, I wanted to be able to do the same for other children, and I also wanted my kids to feel connected to other children in the same situation as them.”

Nikki organised a 50 mile walk to raise funds for a memorial bench for Lee. The response was overwhelming and she raised £7,500. This more than covered the cost of the bench and Nikki had £5,000 left. She decided to use this to set up a charity – Scotty’s Little Soldiers (named after her husband, who was known as Scotty) was born!

Nikki set about raising funds to buy a holiday home, so that she could arrange respite beaks for bereaved Forces families. In July 2012, this dream became a reality and the first Scotty lodge was opened on the Haven site in Seashore, Great Yarmouth. It was a proud moment for Nikki, who officially opened the lodge by cutting the ribbon with Kai and was surrounded by family, friends and Scotty’s Little Soldiers members. That night a Scotty family stayed in the lodge, so it was used straight away.

“The impact of time away with the family is massive,” explains Nikki. “There’s so much to deal with after the death of a loved one and being able to escape your daily life and have quality family time is invaluable.”

Nikki continues: “For newly bereaved families, this is often the first time they have been away without their partner / parent. The family unit has changed and there is often guilt about going away, but it’s so important.”

With Scotty’s Little Soldiers growing and the number of members all over the UK increasing, there was a high demand for respite breaks. Subsequently, after a great deal of fundraising, Scotty’s  bought more Haven lodges – Marton Mare in Blackpool in 2013, Devon Cliffs in Devon in 2014 and Haggerston Castle in Berwick Upon Tweed and Combe Haven in Sussex in 2015. In 2016 Scotty’s were generously donated a caravan in Rockley Park in Dorset by the Undentable Trust. The Undentable Trust was set up in honour of Captain Mark Hale who was killed in Afghanistan in 2009. There is a plaque in the caravan in memory of Mark. 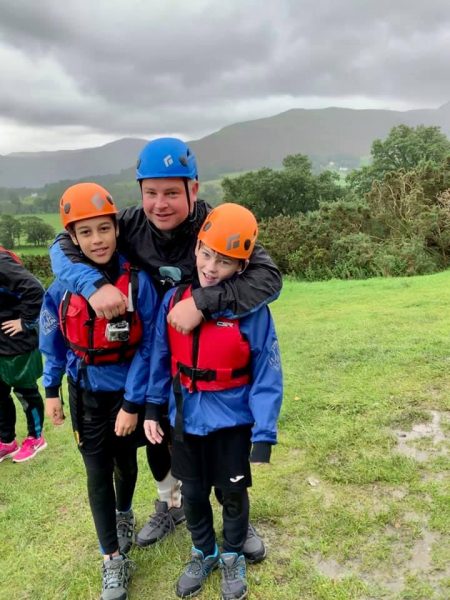 As well as the Scotty lodges, the charity also arranges breaks away at Center Parks, Alton Towers and Butlins, and since the respite breaks started in 2012, 1340 breaks have taken place, with 2045 members enjoying much needed time away with their families. 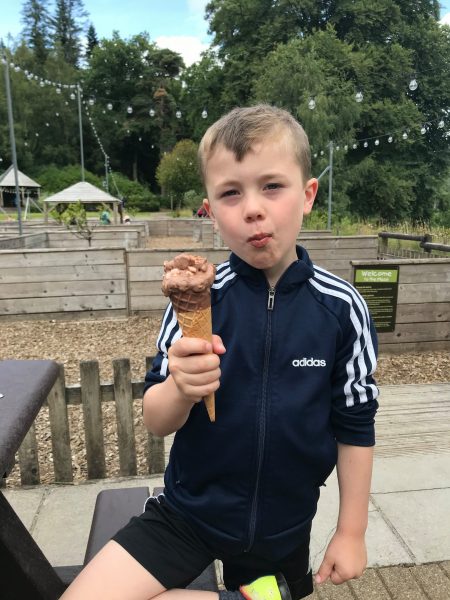 Hayley Studd, who runs the Scotty’s Smiles Programme, makes sure that everything is in place to make the breaks stress free and enjoyable for the families.

“The lodges are quite luxurious and when the families arrive the beds are made and there is coffee, tea bags, milk sachets, sugar, chocolate and squash,” says Hayley. “If they arrive late at night, we want them to have the basics so they can go straight to bed.”

“They are given information about the site, activities etc, and those on the Haven sites can use a privilege card which entitles them to discount in the on-site shop and activities,” continues Hayley. “The idea is that the holiday is hassle free. It’s hard for families to go away with a member of the family missing, but because it’s a Scotty break it feels like someone is holding their hand.”

Nikki explains why the Scotty breaks are so powerful:

“I think for most of the families, when they walk through the door to their lodge, they know they wouldn’t be there if it wasn’t for Scotty’s fundraisers and donors. It automatically makes them think of their missing hero, and because they are away from their usual busy life, they have time to reflect and share happy memories and also create new memories.”

This year’s Coronavirus pandemic obviously meant that breaks had to be put on hold, but when the lodges were able to open in July the demand for the holidays was huge. 150 breaks have been booked in 2020, giving 245 members much needed time away.

“Families coping with a bereavement struggle under normal circumstances, so the pandemic has really heightened anxiety and I think the breaks are just what people have needed,” says Nikki.

Scotty’s have had to put measures in place to make the breaks Covid-19 safe, such us extra thorough cleaning, providing hand sanitiser, removing toys and games that are usually provided etc, but it’s not ruined the families’ enjoyment. 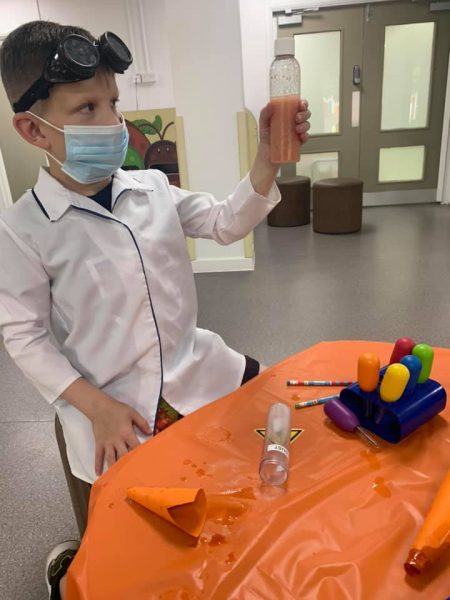 Kady Parke, who is a frontline NHS worker, and her children, who lost their father, Major Michael Parke, to Cancer in 2011, were in much need of family time away. Kady said of their break:

“We had a fantastic time away at Center Parcs, longleat. Thank you so much for the opportunity and the smiles it generates. It really does make the world of difference. Especially with the lockdown/COVID stuff. It’s been really hard to engage Charlie with anything, but he loved it.”

“Massive thank you for our break away at Sherwood Forest. Sam & I had an AMAZING time together. Just what we needed after a rough few months. Thank you Scotty’s Little Soldiers.”

Mum to 9-year-old Logan, whose dad was killed in action in 2013, said after a recent holiday:

“Thank you so much for our break. I didn’t have holidays growing up, and they wouldn’t be an option now (financially), or anywhere near a priority without Scotty’s. Now I realise how many memories are made on them, (the Scotty holidays are spoken about year after year), the opportunities it provides the children with and the quality moments shared.

Logan took part in Ghyll scrambling during this year’s break.  He used to be so shy and full of fear and anxiety but he’s really finding his feet and beginning to see how much he can achieve. Thank you once again for providing the opportunity.”

Before the families go away, they are asked to fill in a questionnaire about how they are feeling, and when they return, they fill in another questionnaire.

“We usually find families that are struggling before the break, feel much better afterwards,” says Nikki. “The difference it makes is actually quite incredible. But if we have any concerns for a family’s mental wellbeing, Bev Townsend, who is our Head of Support, gets in touch with them. We are there to provide the support they need.”

Of course, these much needed holidays wouldn’t exit if it weren’t for generous donations, and whilst Scotty’s is fortunate enough to own six Scotty lodges thanks to generous supporters over the years, the respite breaks can’t continue without additional funding, as site fees, gas, electric, water, safety tests, cleaners, travel expenses etc all need to be paid for. It’s estimated that it costs around £500 per family for a break.

“We really can’t thank our supporters enough and I honestly can’t stress the difference the breaks make to the families,” says Nikki. “This year the Veterans’ Foundation gave us a grant for £29,700 to go towards our Scotty breaks. This has made such a huge difference and has brought smiles to so many children missing their parent and struggling through a particularly difficult year. Thank you so much.”

So far this year, Scotty’s Little Soldiers has supported 428 bereaved British Forces children and young people and the charity is now in its 10th year. Reflecting on her initial vision to make children smile and looking at how far the charity has come, Nikki says: “I feel incredibly proud and I know Lee would be proud too. But the most important thing to me is seeing the difference a break away can make to a family.”

If you would like to make a donation to Scotty’s Little Soldiers, so that more bereaved service children can enjoy time away with their families, please go to: https://www.scottyslittlesoldiers.co.uk/get-involved/donate/