You are here: Home / News / News / Three Help for Heroes-funded athletes – focus on a journey to the Winter Paralympic Games

Three Help for Heroes-funded athletes – Steve Arnold, Scott Meenagh and Terry Ahrens – are focused on a journey to the Winter Paralympic Games in PyeongChang in March 2018. Help for Heroes has funded the Armed Forces Para Snowsport Team to support the Para Nordic Programme, including supporting three athletes through the elite programme with attendance at the World Cup and World Championship events and building a foundation team for the longer term development of the sport.

Find out more at: https://www.helpforheroes.org.uk/get-support/sports-and-hobbies/para-nordic-2018/ 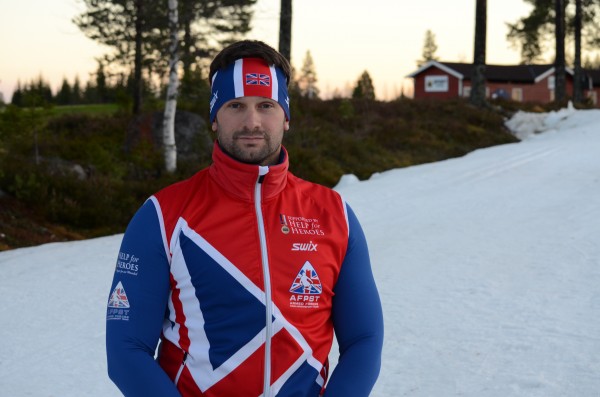 A wounded veteran from Tidworth Wiltshire has found renewed purpose through sport and is on a journey to compete on the greatest sporting stage at next year’s Winter Paralympic Games in PyeongChang.

Steve Arnold, a former Staff Sergeant, plus two other hopefuls, is being supported by Help for Heroes on their Path to PyeongChang. Steve is currently competing at a World Cup event in Canada in a bid to qualify as a Para-Nordic skier for Team GB at next year’s Winter Paralympic Games.

Sergeant Steve Arnold joined the Royal Engineers, he was carrying on a family tradition. His Grandad, Dad and Brother had all served and Steve was passionate about fulfilling his boyhood dream.

“Most boys dream of being a soldier. I realised very young that I wanted to be a part of that.” 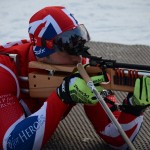 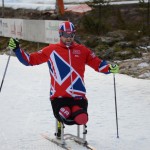 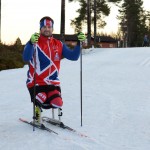 Steve served in the Army for 16 years, completing tours in Kosovo, Northern Ireland, Iraq and Afghanistan. He has a vivid recollection of the day in April 2011 his life turned upside down.

“I was leading a routine search operation in Afghanistan when I stood on an IED and lost both of my legs above the knee.”

“Having your military career end in one split moment at just 31 years old, when you’ve just been selected for promotion, is hard. I didn’t know what I’d do next and how I’d support my family.”

Steve found solace and inspiration from being at Headley Court, surrounded by like-minded individuals.

“You move on because you know guys have done it before you.”

It was here that Steve was introduced to hand cycling and Help for Heroes. In 2012, just one year after his injury, Steve completed the Race Across America with the charity.

“Cycling got me out of my hospital bed and it gave me the freedom and adrenalin I’d been missing.  I’d never cycled even when I still had my legs – it was exciting and a new sport. Through Help for Heroes I was also introduced to Nordic skiing in January 2017 and I loved it straight away. It felt like another new beginning and I was extremely grateful.”

Despite doing the sport for less than a year, Steve is on the path to PyeongChang and has a World Cup race in Canada this December where he hopes to set a qualifying time.

“Looking at the bigger picture the big aim is to get to the Paralympic Games in March but I’m fully focused on Canada. The journey I’ve had from just missing out on the cycling and coming into this sport less than 12 months ago, to hit the standard and go would be an incredible feeling. The real inspiration for me is being the best I can be. I want to show my family that although I was badly injured, I am still the same Steve that I always was. Life goes on and I’m motivated to show them I’m still happy and doing something I love.”

Steve is also determined to create a lasting impact by inspiring others to try Nordic skiing.

“We don’t want to go to the Paralympic Games and it end again for another 20 years. We want to create a legacy and move this sport on and inspire others to take this up.”

Help for Heroes has funded the Armed Forces Para Snow sport Team to support the Para Nordic Programme, including supporting the three athletes through the elite programme with attendance at the World Cup and World Championship events and building a foundation team for the longer-term development of the sport.

Steve hopes to compete in Cross Country Skiing and Biathlon which tests both physical and mental strength. In Cross Country, there are three events ranging from the 1km sprint through to the 20km endurance event. In the Biathlon, they balance the physical demands of the undulated ski courses before coming onto the range to shoot five targets the size of a 5 pence piece from a distance of 10 metres. Should they miss, they face a 100-metre penalty loop.

They will find out in February 2018 whether they are part of Team GB at the Paralympics in South Korea. It would be the first time since Nagano 1998 that there would be Great Britain representation in Para Nordic skiing.

Jayne Kavanagh, Athlete Development Manager at Help for Heroes, said: “Help for Heroes is founded on the belief that those who put their lives on the line for us deserve a second chance at life for them and their families. Through offering support to our veterans on their journey to the Paralympic Games, we are empowering them to look beyond illness and injury, regain their purpose, reach their potential and have a positive impact on society.

“Competing at the Paralympic Games is the pinnacle of sport and we are proud to be supporting our three athletes at upcoming World Cup events and in their attempts to represent Great Britain on the world stage.”