You are here: Home / News / News / Wounded Veterans to take on gruelling muddy obstacle race to raise money for Blesma and they want you to join them!

Wounded Veterans to take on gruelling muddy obstacle race to raise money for Blesma and they want you to join them! 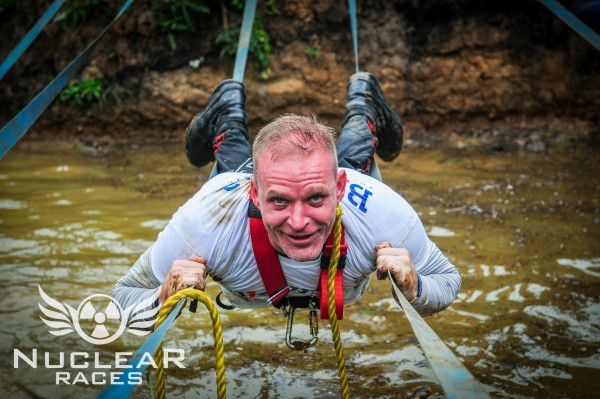 A group of wounded veterans are taking on the menacing Nuclear Races in May and they’re not letting their injuries stop them.

Blesma are partnering with Nuclear Races in Brentwood for their award winning fun, tough and gritty obstacle race on 13 May. With a Blesma dedicated wave at 12:40 and 500 places to fill, wounded Veterans are asking you to take part alongside them to complete this gruelling 7k race.

Andy Bracey took part in a Nuclear Races taster day back in October as part of his own mission to show how much is achievable for those in wheelchairs.

“I want loads of people to see what I’m doing and see that people in wheelchairs can do these challenges too!” said Andy, from Southend. Andy served in the Royal Artillery for 17 years, touring in Northern Ireland in 1991 and Iraq in 2001 – 2002. Andy was confined to a wheelchair after a Motorcycle accident in 2005. In order to take part, Andy requires a team of 15-20 people to support him and is still looking for volunteers.

Unlike Andy, Colin and Matty, the Blesma Wave in May will be Colin’s, Andrew’s and Hannah’s first try of the 7k and 90 obstacle race.

For Colin, this will also be his first challenge since he had his leg amputated.

“I was discharged from the military over a decade ago now and this will be my first time doing something like this. It was my wife’s idea and we’re bringing more of our family and friends along. At the minute I’m having some trouble with my leg but I’ll do as much as I can, even in a wheelchair and crutches.”

Now it’s your chance to help! Blesma want you to take part alongside our wounded veterans!

Join the Blesma Wave on 13 May at 12:40 to get involved visit: https://blesma.org/support-us/find-an-event/extreme-events/nuclear-rush/ 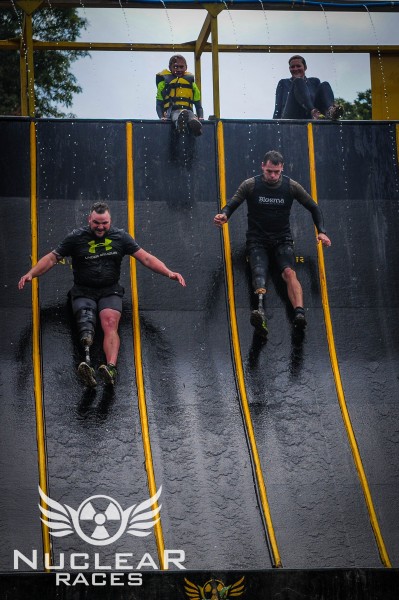 Matty and Rob ending the race