A 101-year-old Second World War veteran who spent three gruelling years as a Prisoner of War led the national Remembrance Sunday commemorations in Edinburgh on 14 November. Jack Ransom was captured during the fall of Singapore in 1942 and was forced to work on the infamous Burma “Death” Railway. 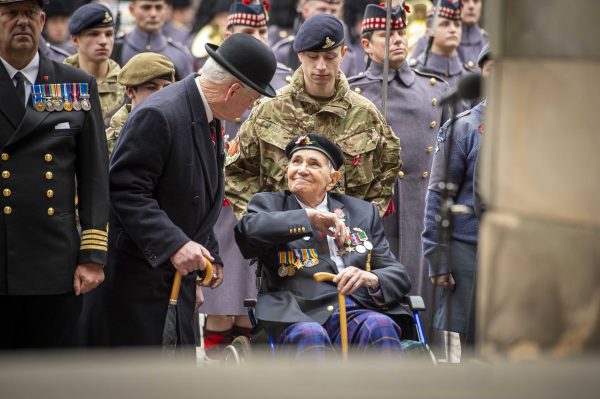 Jack was joined by The Rt Hon Lord Provost and Lord Lieutenant of the City of Edinburgh Frank Ross and First Minister Nicola Sturgeon, along with senior military personnel, members of the wider Armed Forces community and of the emergency services, for the Two Minute Silence and wreath-laying ceremony at the Stone of Remembrance. 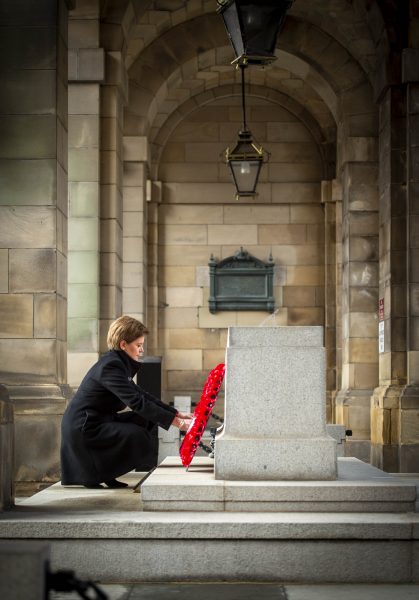 “It was such an honour to be invited to lay a wreath. I may be the last person alive who worked on those railways. When I was released in 1945, I weighed only 6 stone and if the war had lasted much long I don’t think I would have survived. But I was one of the lucky ones. I wake up every morning and remember. Every morning. I remember that I’m still alive, I got my release, and it is due to those Atom Bombs. I also think all the time of those poor women and children who lost their lives in Japan to bring the war to an end. We must never forget what war means, and what it brings.”

“Jack epitomises the spirit of the generation who gave so much and so it was fitting that he took centre stage today. Having had to curtail our Remembrance programme last year, it has meant so much to Legion Scotland members, the wider Armed Forces community and the public who joined us in their hundreds to be able to pay our respects in the traditional way once again.”

2021 marks the centenary of Legion Scotland and a year of commemorative events will reach a conclusion later this month when the charity will host a special Centenary Concert.  Featuring a host of performers, the programme will reflect on the key moments of the past century that shaped the Legion, and explore the charity’s evolving role in supporting the next generation of veterans.  The Centenary Concert takes place on Sunday 28 November at St Cuthbert’s Church in Edinburgh, and begins at 7.30pm. For more information visit www.legionscotland.org.uk.