On 3 June, Alec Hall will be celebrating his 100th birthday with family and friends at his home in Southend. 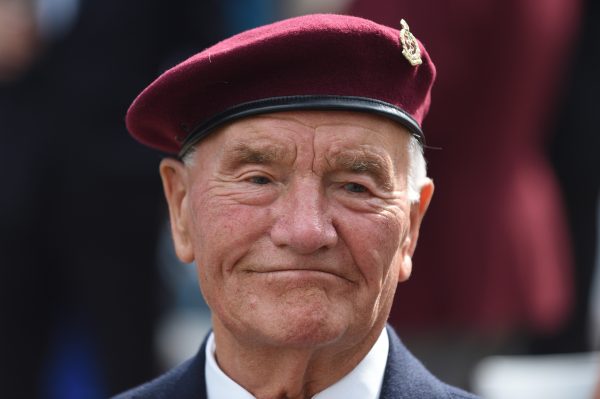 Weather permitting, on 3 June Alec Hall will be in his garden in Southend, surrounded by his family, including his children Anne and Sue and grandchildren Dominic 25, Millie 16 and twins Edward and William 14, and his many friends enjoying sandwiches, cake, tea  and fizz to celebrate his 100 birthday.

Alec has lived in Southend all his life, only moving away during his service as a medic in WWII. He worked for the Co-op all his working life.  Aged 14,  he began making deliveries on a push bike, before  the war and after the war, was promoted to shop manager and managed stores across Essex until he was 62.

Alec has always been mad about sport and enjoyed playing tennis well into his mid-seventies. In the 1950’s he was captain of the local tennis club and met a young girl who had come for a trial, called Margaret, they fell in love and married in 1954. Sadly, Margaret died in 2019 and is greatly missed by the whole family.

“Alec has been the most wonderful dad to us. He has worked hard and lived life well and to the full and was devoted to mum and to us and our families. He gave us everything he could and has supported us in everything we do along the way. We are so, so proud of him and what he represents – we love him to bits.”

A veteran of the African and Italian campaigns in WWII he was called up aged eighteen and served as a nurse with  181 Field Ambulance. In September 1944  his unit  was sent  to The Netherlands as part of 1st Airborne Division  where, they took part in Operation Market Garden, the battle for the bridge at Arnhem.

Landing on the Heath in Arnhem ahead of the troops in 1944 to set up medical stations, his knowledge  was immediately put to the test when Reg Curtis who landed with him, had his leg badly injured. Acting quickly Alec saved Reg’s life by administering a tourniquet and donating a total of three pints of his own blood to save his fellow soldier.

During the battle of Arnhem, Alec ran a field hospital in Oosterbeek. going out under gunfire to collect those who needed his help. Later, working with the Dutch Resistance on a planned escape Alec stayed behind with the wounded and was unfortunately captured and sent to a POW camp in Munich.

In May 2022, Alec returned to The Netherlands with the Taxi Charity for Military Veterans to participate in the Liberation Parade in Wageningen when the liberators are thanked by thousands for fighting for the  freedom of the Dutch people.

”I have known Alec for many years, and he has joined us on many trips. He is great company, and you would never think he was nearing 100. I love hearing  his war time stories from Africa, Italy, and The Netherlands and in May it was our pleasure to take him and  24 other veterans to the Arnhem area for the Dutch Liberation celebrations.  Happy 100th Alec, and don’t worry your place is booked for our next trip to The Netherlands in September.”