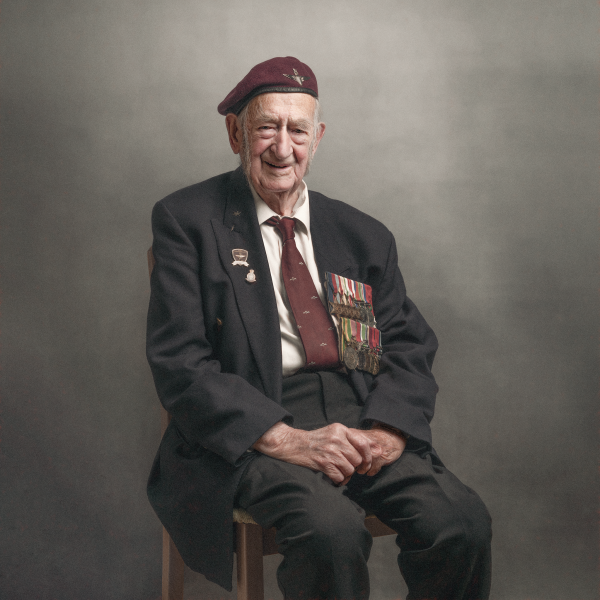 Born in Wraysbury in 1921, Ernest John Sleep, who has always been known as John, will be celebrating his 100th birthday at home on 26 January, after plans to celebrate with his two children Mark and Margaret, four grandchildren and two great grandchildren and other family and friends, had to be cancelled due to the national lockdown.

John was called up in 1940 and initially saw service with the Royal Berkshires. He later volunteered for the Parachute Regiment and after training was posted to the 3rd Battalion.   He was attached to the Royal Norfolks and took part in the fighting at Overloon and Venray in October 1944 in the south-east of the Netherlands.

After the war John was a self-employed carpenter making gymnastic equipment and his love of working with wood evolved into his treasured hobby of making rocking horses.

“John is a much loved, member of the Taxi Charity family who has joined us on many trips over the years. Everyone at the Charity sends him good wishes for his 100th birthday and we hope that restrictions may soon be lifted so that he will be able to join other veterans on one of our trips and we can celebrate his birthday in style.”