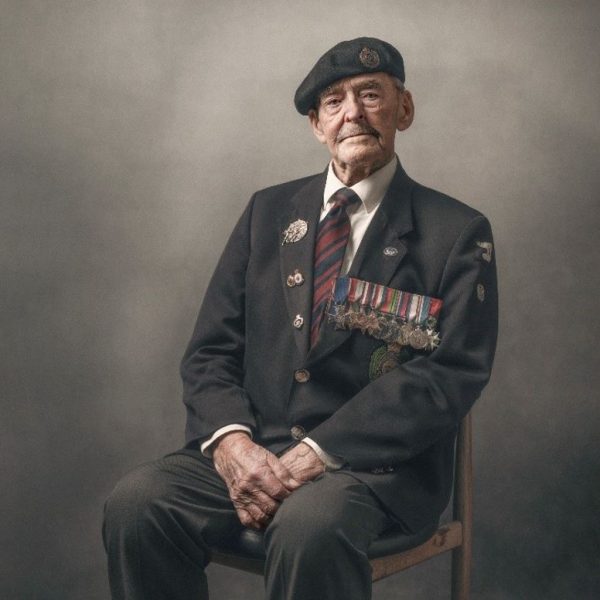 Edwin “Ted” Hunt MVO is a British retired waterman who served in World War II, and was, appointed Queen’s Bargemaster in 1978. He lives in Worthing and is a regular on trips across the UK and the continent with the Taxi Charity.

Major Ted was born on 23 March 1920 in London when George V was on the throne. In 1935 aged 15, Ted began training as a Thames Waterman, learning how to tow Thames barges up and down the river. When war broke out, as many did, Ted added a year onto his age and enlisted, he was immediately sent to Norway.

During April and May 1940, Ted was involved with taking the port of Narvik from the Nazis.  When Narvik was captured, Ted returned to the UK  and helped build military ports across Scotland. Promoted to Captain he was placed in charge of fifteen Rhino ferries tasked with transporting vehicles to Gold Beach for the D- Day landings.

Retiring from the army as a Major, Ted taught navigation and watermanship at the City and East London college and was appointed Queen’s Bargemaster in 1978. He retired from Royal service in 1990 and was made a Member of the Royal Victorian Order.

“Everyone at the Taxi Charity sends their best wishes to Ted for a very happy 102nd birthday. He will be joining the charity visit to The Netherlands in early May for Dutch Liberation and we will all gather to  raise a toast to this great man.”

Ted will be joining his family for a birthday celebration at a local community centre and the Care Home where Ted lives is arranging a concert in his honour.