On 28 February a group of veterans enjoyed a private visit to the Royal Navy’s largest aircraft carrier HMS Queen Elizabeth, as special guests of the Captain and crew. 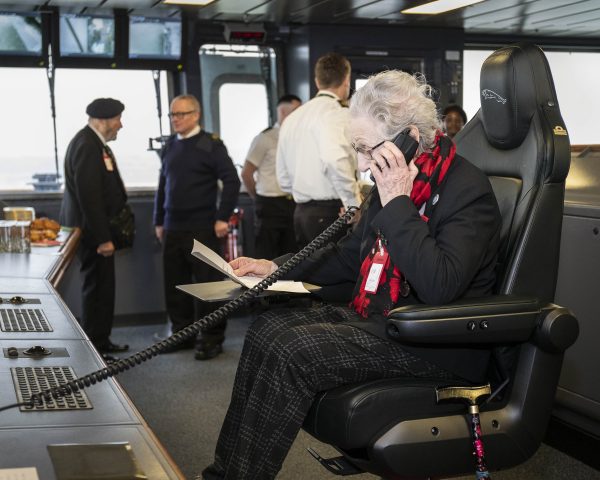 A fleet of six London Licensed Taxis escorted the group of nonagenarian veterans from London for this VIP visit to tour HMS Queen Elizabeth in Portsmouth Harbour.

Following an overnight stay at the Royal Maritime Club, the black cabs escorted the seven veterans to Portsmouth Harbour where they were joined for the visit by Taxi Charity Patron, Vice Admiral Sir Adrian Johns KCB, CBE, DL. The group of veterans included five WWII veterans, two, who served on aircraft carriers, one, who was part of the Russian Convoy, one who served in the in the Royal Navy and a WREN who was stationed at Fort Southwick on D Day. 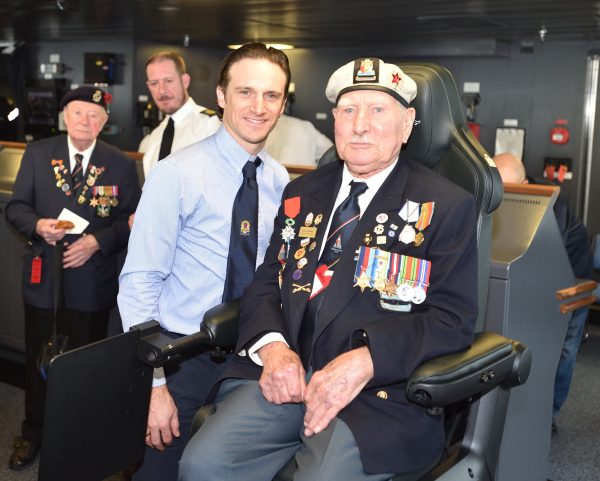 The tour of the ship included, a walk through the aircraft hangar, refreshments in the Captain’s cabin and a tour of The Bridge.  From The Bridge, WWII veteran WREN Marie Scott, pictured, who transmitted messages to and from the beaches on D Day, had the honour of transmitting a short message over 75 years after she sent messages to those coordinating Operation Neptune.

“It was a real honour that The Taxi Charity for Military Veterans arranged for me to transmit a message today, 75 years after I transmitted messages to and from the beaches on D Day.”

“The Taxi Charity would like to thank the Captain and crew of HMS Queen Elizabeth who gave us all VIP treatment during our visit. The look of excitement on the veterans’ faces made today an outstanding experience for us all.”

“We are always delighted to host our Naval Veterans but especially so in this important anniversary year for the Victory in Europe. We are grateful for the support of the Taxi Charity for Military Veterans; it is a remarkable organisation.”

HMS QUEEN ELIZABETH is one of two 65,000 tonne aircraft carriers in service with the Royal Navy. The ship is currently alongside in her homeport of Portsmouth, enhancing her capabilities as she gets ready for further training with her F35 Lightning jets and Strike Group off the South coast this summer.  This represents the final steps as she prepares for her global Carrier Strike Group deployment in 2021.