You are here: Home / News / News / £15,000 awarded to SkillForce to support veterans in the East Midlands

£15,000 awarded to SkillForce to support veterans in the East Midlands

We are delighted to have awarded SkillForce a grant of £15,000 to implement its Veterans’ Support Programme.

The scheme offers support and retraining to former service personnel who have struggled with the transition to civilian life, and whose attempts to create a life outside the Armed Forces have led them to be in contact with the justice system.

The SkillForce team work with various organisations to identify and help veterans who have come to the attention of the authorities. A mentor then meets with the veteran in a neutral setting such as a coffee shop or community centre to listen and signpost them towards expert help.

Established in 2004, SkillForce is a national education charity with a dual mission. It seeks to transform the way character and resilience is taught in schools, using dedicated programmes delivered by complementary role models. In further support of the Armed Forces, the majority of these role models are ex-service personnel – recognising the transformative role veterans can play as mentors and coaches. Since its inception, SkillForce has helped tens of thousands of young people to realise their full potential and become outstanding citizens. 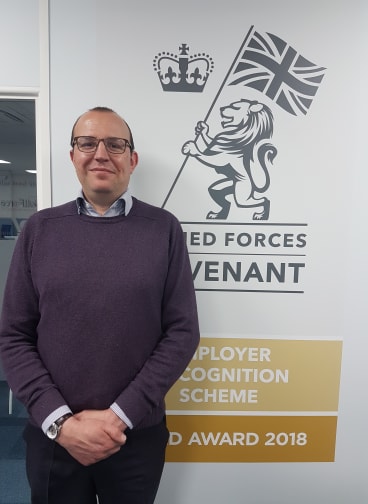 “It is a huge encouragement to know that we will be able to continue our support for former Armed Forces personnel and their families in the East Midlands. Our reports reflect the hardships that some veterans experience as they transition to civilian life, and some of the challenges that our Veterans’ Support Programme is now able to address.

“After giving so much, it is bewildering to know that isolation, unemployment, obtaining housing and motivation are some of the challenges our heroes have to face. It is humbling to think that there exists a pathway from fighting side by side in Afghanistan to being alone in Police Custody somewhere in the East Midlands. We’re extremely proud to be supporting the Armed Forces Community in this way, and to be working so closely with ABF The Soldiers’ Charity.”