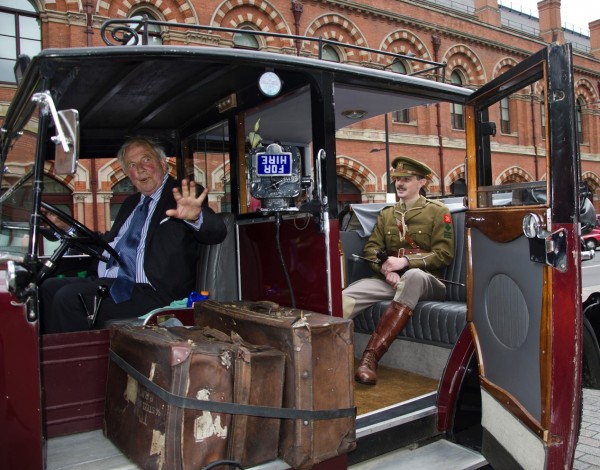 Glen Art was invited by the Wilfred Owen Association to join them in events to commemorate the 100th anniversary of the four months Wilfred Owen spent in Edinburgh, where he met Sassoon, and became , in his own words “A poets’ poet”

A grant from Awards for All  to the WOA enabled Glen Art and Bravehound veterans to be at the heart of the project.

Thanks to fellow Cobseo members the Taxi Charity, the “Wilfred Owen “ actor Dave Clark and Owen’s nephew Peter Owen were sent off in style from a vintage taxi and Chelsea Pensioners.

On arrival in Edinburgh they were greeted by Veteran Mick McConnell who has a Bravehound dog called Sasha.

After having breakfast at the Balmoral Hotel, where Owen took breakfast in 1917, there was a Civic Reception, where Mick read “Anthem for Doomed Youth” and schoolchildren, who also read, had an opportunity  to talk to Mick and other veterans.

There are a whole programme of events over the coming months including “When Wilfred met Siegfried” on August 18th at 2pm, again supported by Awards for All for veterans to attend.

Details of all the events: www.napier.ac.uk/about-us/our-location/our-campuses/special-collections/outreach-and-events/wilfred-owens-edinburgh 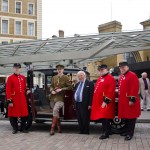 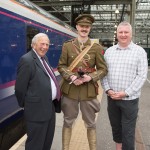 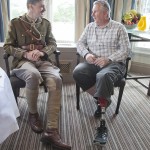