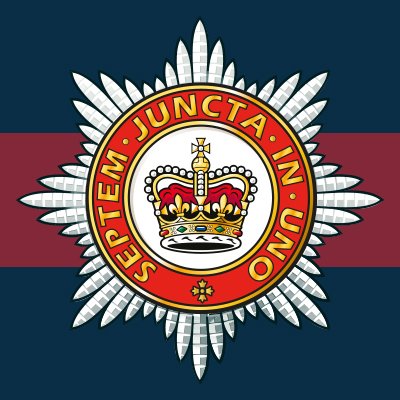 The Household Division’s Beating Retreat – a spectacular evening pageant of music and military precision drill, including horses, cannon and fireworks.

These annual concerts are performed on Horse Guards Parade in front of the beautiful backdrop of St James’s Park each year on the Wednesday and Thursday evenings preceding the Queen’s Birthday Parade, or “Trooping The Colour” as it is often called.

Military Beating Retreat concerts have a long tradition dating back to the 1690s. Originally the beating of the drum was used to order troops to break off fighting and withdraw to the safety of camp as darkness fell, later it signalled the closing of the camp gates at the end of the day and called troops back to base for the night. Today a Beating Retreat is an evening military concert with a marching display and usually marks the lowering of the Regimental flag at sunset.

Follow this link for more information and to book your tickets. 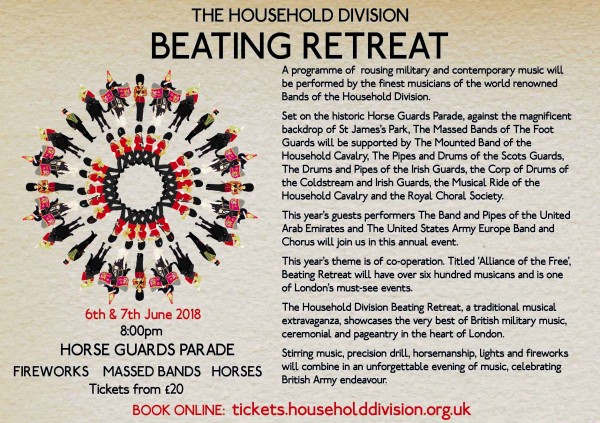