You are here: Home / News / News / ABF The Soldiers’ Charity is named as one of the UK’s most trusted charities 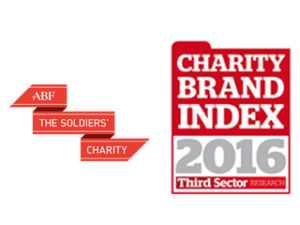