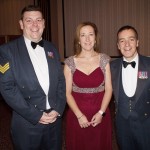 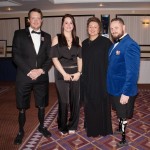 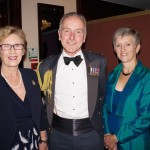 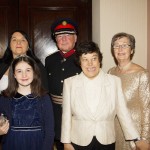 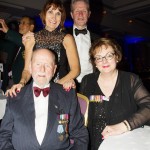 The atmosphere was electric when over 350 guests gathered at the National Conference Centre, home of the National Motorcycle Museum in Solihull for Troop Aid’s highest profile event of the year, the Annual Ball. A registered charity, Troop Aid’s patron is HRH The Prince of Wales.

All were greeted upon arrival by a guard of honour. From young Sea Cadets to current military personnel, from members of the Royal British Legion to a Chelsea Pensioner, the evening appealed to everyone who was keen to support the Midlands based charity that supports our injured service troops.

Once gathered in the dining room, the Royal Artillery Band played. Their marching to music had everyone spell bound!

Al Sutton, Co-Founder and Chairman of the charity commented:

‘It’s always great to see how well the Troop Aid Ball is supported every year. On behalf of the Trustees can I please thank everyone whether they attended as guests, volunteers or military personnel.

‘‘Some people have remarked that with the majority of our combat troops out of Iraq and Afghanistan, surely there is no role for Troop Aid anymore. Actually nothing could be further from the truth.  Here at the Troop Aid headquarters we are busier than we have ever been, sending Grab Bags all around the globe with basic, essential supplies for injured service personnel, whether they are injured in combat or in training.

Troop Aid is funded by donations and receives no government support.

Anyone interested in finding out more about Troop Aid and to learn how they might offer support should telephone 0121 711 7215 or go to their website at www.troopaid.info. Donations can be sent to: Troop Aid, 21 Radway Road, Shirley, Solihull  West Midlands, B90 4NR.