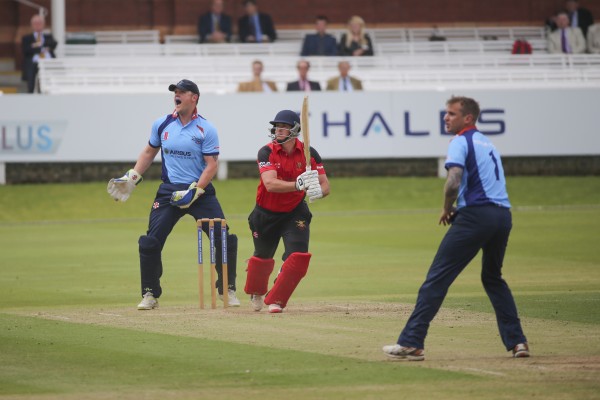 Tickets can be bought online at https://tickets

This year’s Inter-Services T20 cricket tournament has chosen Blesma, The Limbless Veterans as its benefiting charity for the second year running.

The round-robin between the British Army, the Royal Navy and the Royal Air Force will take place at Lord’s in London on Thursday 14 June with the gates opening at 9am and the first match starting an hour later with former Corporal Gam Gurung, who lost his arm while serving with the Royal Gurkha Rifles, doing the coin toss. Play is expected to last until around 7.15pm.

Last year, the day raised a fantastic £15,000 for Blesma, and this year the charity are hoping to match this by having bucket collections and from selling merchandise.

Sophie Allen, Blesma’s Community and Events Manger, said: “We are really grateful to be the Inter-Services T20 cricket tournament’s charity of the year for the second time in a row. The money raised at the matches will benefit our Members, all of whom are living with life-changing injuries. The donations collected today will enable us to make sure they are not alone. A big thank you to the UK Armed Forces Cricket Association and to the MCC for their continued support.”