You are here: Home / News / News / BFBS outlines how it will contribute to the aims and ambitions of the Integrated review and Command Paper in first ever White Paper

This week military charity and media organisation BFBS has publicly responded to the Integrated Review and Associated Command paper in its first official white paper, BFBS – A Key Partner. 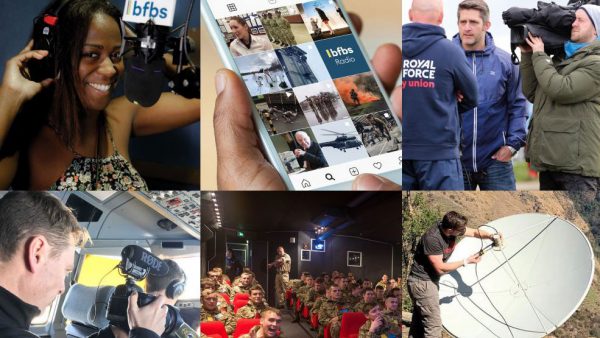 The document outlines how BFBS recognises and aims to support many of the aspects of the major transformation being planned for defence, particularly those affecting patterns of deployment and people’s wellbeing.

The Integrated Review promises to “further invest in our people’s health, wellbeing and welfare.” In response to this, the white paper outlines BFBS wellbeing services, such as BFBS TV, which gives the UK armed forces community overseas access to the best of UK TV, premium sports and movies.

In BFBS’ recent Audience Satisfaction Survey, 90% of BFBS audience agree that BFBS TV and Radio, raise morale, make living away from home more bearable. And 90% would be disappointed if BFBS TV and Radio weren’t available.

BFBS is a flexible and agile developer of new technology to meet the media needs of the modern military and their new deployment patterns, which look likely to involve smaller and more dispersed groups of military based overseas: from an “internet-connected” experience where there is no internet connectivity, to over 40 channels of content live and on demand for internet connected audiences via BFBS TV Player.

BFBS already anticipated the Indo-Pacific tilt in 2018 by increasing satellite capacity in the Far East, ensuring RN ships there can receive BFBS TV and radio. It plans a new broadcast base and content gathering resource in the region, and having long recognised the strategic importance of the Royal Navy to Defence, has invested heavily to deliver services at sea, as well as supporting shore bases, particularly Bahrain and Duqm. And work continues on media and content solutions for submarines.

BFBS is a key player here, with reach on multiple platforms to amplify Defence messages in an accessible and engaging way. The organisation’s creative agency, BFBS Creative, also works across Defence to help deliver strategic communications and recruitment campaigns and content.

BFBS sees the Integrated Review and Command Paper as vital blueprints for its future planning and confirmation of its own strategy. And as the organisation has shown, it already has many of the tools and capabilities needed to meet the needs of UK plc in the future. But continues to work hard devising new solutions in response to a rapidly changing world.

You can read the full white paper here https://bit.ly/3yCrmC1.