Blesma, The Limbless Veterans getting ready for ‘the City’s Finest Banquet’ 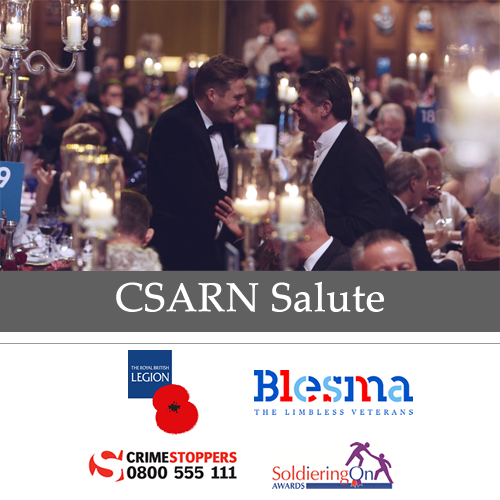 The black-tie event is being held at the Honorable Artillery Company, whose stunning grounds are in the heart of London, on Thursday 21 September starting at 6.15pm.

The banquet itself has been created by renowned Michelin-starred chef Shaun Rankin of Ormer Jersey and Ormer Mayfair. Entertainment will be provided by Kev Orkian – one of the UK’s finest entertainers and an acclaimed comedy pianist. The Key Note Speaker will be Major General Buster Howes CB OBE, former British Defence Attaché to the United States and Commandant General Royal Marines. There will also be an auction to raise money for the four charities including a Spitfire fighter pilot experience, a vineyard tour and tasting, and a day with the Royal Engineers Bomb Disposal Team, plus many more!

Associate Director of Fundraising at Blesma, Barbara Warner, said: “We are really looking forward to joining CSARN at their amazing Salute event for the second year running. The line-up for the evening looks incredible, and it is set to be a memorable event!”