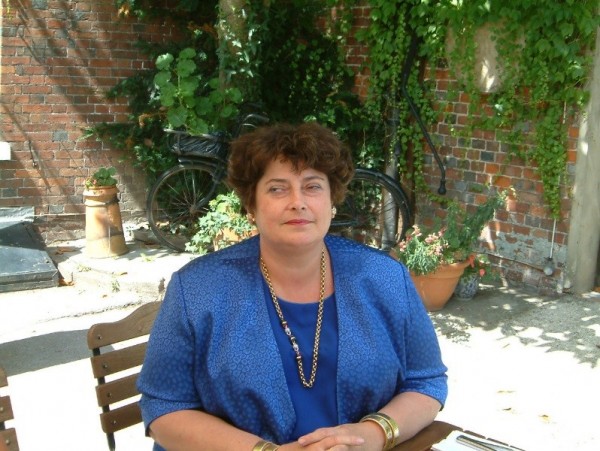 A blind veteran from Hampshire, who has been invited to compete in the inaugural Holman Prize, has been selected as one of the semi-finalists.

Penny Melville-Brown OBE from Fareham was initially invited to compete for the $25,000 prize as a result of the profile she has built for herself across the internet and social media through her online baking project, Baking Blind. If successful, Penny intends to take the project global. First, however, she’ll be required to draw up a detailed plan of exactly how she’d intend to use the money if she were to win.

She says: “I’m really thrilled to have been selected to be one of the 50 semi-finalists drawn from all corners of the world.  Now I have just four weeks to put together the final plan and budget – and make contact with other cooks willing to show me their own special recipes.  I’ve already got possible opportunities in China and Australia but need more.”

She continues: “My bags aren’t packed yet but it is exciting to dream about all the possibilities, the people I could meet and the dishes we could cook together.”

Penny’s own military background comes from her 22 years’ service in the Women’s Royal Naval Service (WRNS) and Royal Navy. During a diverse and wide-ranging military career, Penny travelled around the world working for NATO, worked on the Navy’s Home Defence and War Planning team, took charge of public relations function for the WRNS in the Ministry of Defence and took the lead for the University Royal Naval Units.

It was upon hearing that the Navy was looking for its first woman barrister that Penny decided to revisit her own interest in the law. After several years of study, she took up a post as a naval barrister, and in doing so, became the first woman to hold such a position. She says: “We provided the equivalent of the Navy’s largest magistrates’ court, handling alleged miscreants landed from ships all over the world. I kept the administration of one of the biggest shore establishments on track as the Commodore’s Secretary.”

Eventually, as the WRNS was merged into the Royal Navy, Penny was appointed Lieutenant Commander with gold stripes, though unfortunately, it was at this point that her eye sight began to deteriorate. After working in Portsmouth, leading on the day-to-day functioning of a headquarters’ infrastructure and then on naval personnel policy as a Commander, Penny was medically discharged as a war pensioner in February 1999.

Penny recalls that, despite the advice from numerous ex-Service charities, job prospects remained thin, due in part to a lack of understanding that having a disability needn’t restrict ones capabilities. She says: “Our biggest challenge is that people tend to see just our blindness, they focus on what they think we can’t do.”

Penny went on to set up Disability Dynamics, a specialist organisation focused on helping disabled people back to work. She says: “It’s a mixture of business contracts, government work and pro bono. I also chaired the Learning and Skills Council for Hampshire and the Isle of Wight. The unifying element is in addressing issues that the disabled community encounter in trying to get back into work.”

Penny, who receives support from Blind Veterans UK, the national charity for vision-impaired ex-Service men and women, was awarded an OBE in 2009 for her services to disabled and other disadvantaged people. She hopes that in launching Baking Blind, she’ll be able to give others a different perspective on sight loss. On the prospect of taking Baking Blind around the world, she says: “I believe that cooking is for everyone, regardless of whether they are blind or not. I believe that there’s an enormous amount of good that can be done in creating a community of cooks that help us all look beyond blindness.”

The prize, which is being awarded by the San Francisco ‘Lighthouse’ organisation, initially required each nominee to upload a 90-second YouTube video. In the semi-final stage, nominees will be asked to put forward a detailed plan and budget.

The prize commemorates James Holman, who also became blind while serving in the Royal Navy in the early 19th century. His adventures travelling solo around the world are celebrated in his biography “A Sense of the World”.