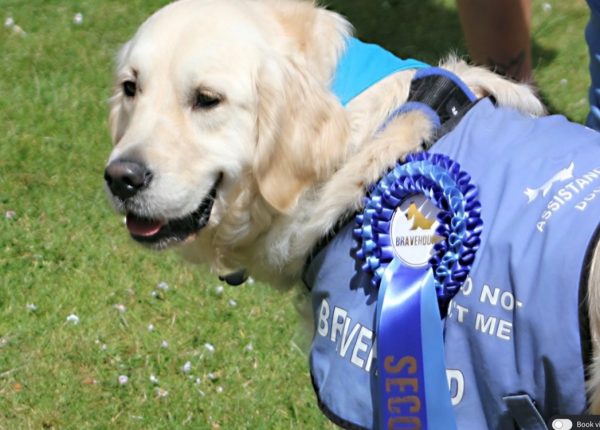 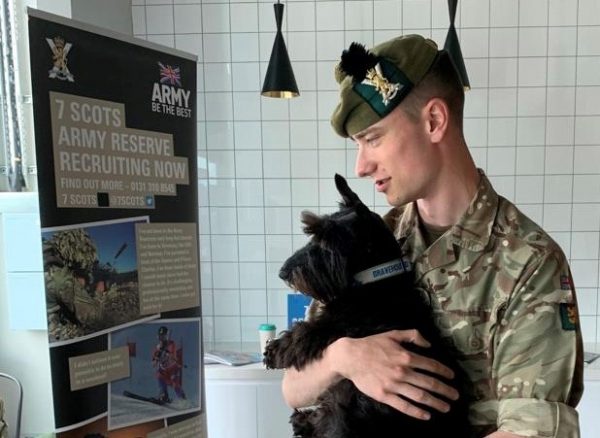 BRAVEHOUND were also represented at the BARCLAYS BANK campus Armed Forces Day where BRAVEHOUND’s Mascot Dog Gwyneth  was introduced to personnel from the 7 Scots’ Armey Reserve.