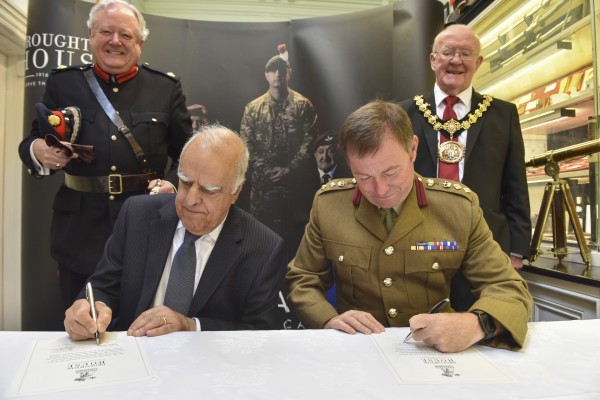 Broughton House has signed the Armed Forces Covenant as a pledge of support for the service community.

The Armed Forces Covenant is a national commitment to those who serve or have served, that they and their families should be treated with fairness and respect in their communities and receive support which recognises their contribution to the nation by helping them in areas such as starting a new career, access to healthcare, education and family well-being and financial assistance.

It states: We, the undersigned, commit to honour the Armed Forces Covenant and support the Armed Forces Community. We recognise the value serving personnel, both regular and reservists, veterans and military families contribute to our business and our country.

By signing the covenant, Broughton House, the Salford home for ex-servicemen and women, has pledged to promote itself as an armed forces-friendly organisation.

It will support veterans through a new hub, work with partner agencies to promote the employment of veterans, service spouses and service leavers, and support employees who choose to be members of the reserve forces or cadet force adult volunteers..

The guests at the signing ceremony included:

Prof Sir Netar said: “Broughton House was founded by the community to serve veterans and signing the Armed Forces Covenant is a powerful way for us to demonstrate our continued and wholehearted support to them.”