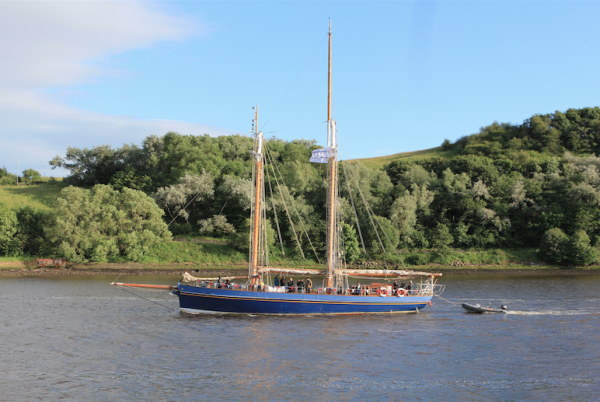 Turn to Starboard is launching a recruitment drive with a difference – to find adventure-seeking military veterans for another round-Britain sailing expedition on board a classic tall ship.

Last summer the ‘Spirit of Falmouth’ set sail on the Turn to Starboard Round Britain Challenge 2016. The crew sailed anti-clockwise around the British isles clocking up more than 2000 nautical miles. A total of 38 veterans took part in the epic voyage with some completing shorter sections of the route.

Now the charity is calling out for crew members – with or without sailing experience – to join a second expedition, this time heading in the opposite direction.

A total of 21 veterans who have been affected by military operations, either physically or mentally, are being sought for the 8-week voyage, setting sail on August 1. Seven of the crew will sail for the complete journey while 14 others will complete half of the challenging route.

The team will live, sleep and work on board the tall ship donated to the charity by The Prince’s Trust. At 92 feet, and weighing in at 88 tonnes, the vessel is as long as seven cars and weighs the equivalent of a blue whale. 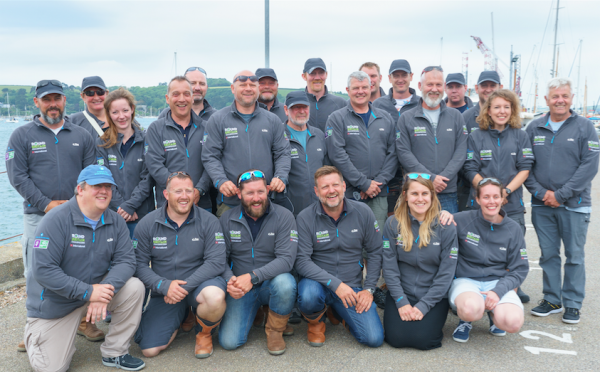 The crew of the Round Britain Challenge 2016

Turn to Starboard was set up four years ago by former RAF leader and CEO, Shaun Pascoe. The charity has helped hundreds of military personnel suffering with physical injuries or mental trauma by providing sailing courses and family sailing trips in a unique and supportive environment. Shaun was the leader of a helicopter medical emergency response team in the RAF, yet after finding it difficult to adjust to normal life outside of the forces he embarked on a Royal Yachting Association (RYA) Yachtmaster course, and within two weeks of sailing he felt in a better place. He now invests his time in helping others to feel the same and skippered the tall ship on the Round Britain Challenge 2016

He said: “Following the success of last year’s Round Britain Challenge, we are excited to announce that The Royal Foundation and International Paint have agreed to support a second expedition to sail a group of veterans, serving or retired and affected by military operations around the British isles. Once again the aim of the challenge is to help participants re-engage and reintegrate while raising awareness of the challenges veterans can face after leaving Service life.

“Since completing last year’s expedition, fifteen crew members have gone on to achieve Yachtmaster status or are close to gaining the coveted qualification. Our follow up research also found that the experience had a positive impact on participants lives and many are now engaged in another form of activity or employed.”

The gaff rigged pilot schooner will set sail from Falmouth and stop at ports including Liverpool, Newcastle and Southampton. Participants will get the chance to explore Scottish Islands under sail and enjoy breathtaking landscapes and wild, rugged coastlines and experience the thrill of sailing a working tall ship.

“Sailing experience is not required as guidance will be given by our highly skilled crew in a fun, unique and supportive environment,” added Shaun. “So whether you, or someone you know, is interested in being part of once-in-a-lifetime expedition, please ask them to get in touch.”

To make an application or for more information call Ellen on 01326 314262 or email ellen@turntostarboard.co.uk.

Photo 1 caption: The crew of the Round Britain Challenge 2016

Photo 2 caption: The ‘Spirit of Falmouth’ on the River Tyne at Newcastle during the Round Britain Challenge 2016