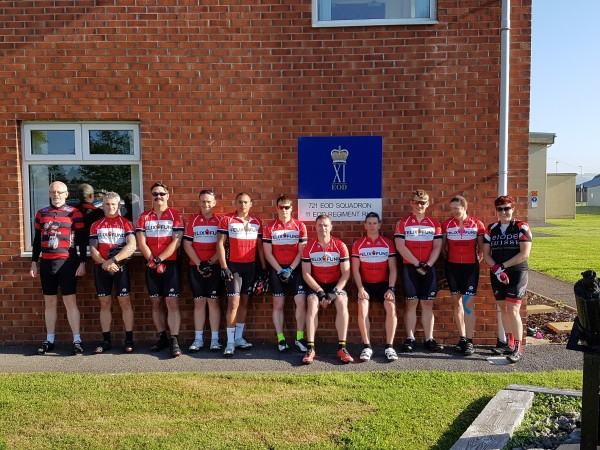 With years of fundraising under his belt, Capt. Wadsworth has launched The Captain James Wadsworth Challenge for 2018, which will see participants running and cycling across difficult terrains and conditions. The two tough endurance challenges will take place between June and July.

The second challenge, The Soldier Pass Run, takes place on Saturday 14 July 2018, encompassing a range of abilities with options of 5K, 10K, 21K, 42K and 100K routes. The run will start in Didcot and stretch as far as Reading for the longest route.

Capt. Wadsworth joined the army in 1995, qualifying to work in the Explosive Ordnance Disposal (EOD) unit and touring some incredibly busy and dangerous places, including Northern Ireland, Iraq and Afghanistan. He was awarded the Conspicuous Gallantry Cross for his extraordinary courage in 2008.

2016 and 2017 saw Capt. Wadsworth running the Marathon des Sables, which covered 251 kilometres of the Sahara in just one week. Last year, he cycled the Tour De Troops, which covered 130 miles a day from Scotland to Germany.

The money raised by his latest fundraising venture will go to a charity very close to his heart. Wadsworth said, “I’m extremely passionate about fundraising for such an important charity. Felix Fund is a hugely worthwhile cause.”

“Having first-hand knowledge of what brilliant work they do, I think it’s vital to help them give support and rehabilitation to brave soldiers and their families, as well as raising the profile of the important bomb disposal work that they do.”

Capt. Wadsworth said, “The Ultra Challenges are endurance events to stretch abilities and will be run for military personnel alongside civilians. We hope to gain as much exposure as possible and look to people to sponsor participants in the events to raise as much money for these great causes.”