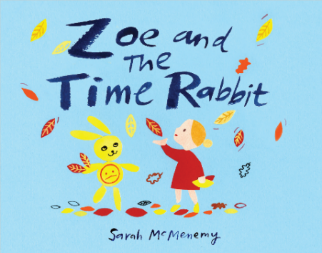 8th May 2018.  A children’s charity is to help children whose parents go away for extended periods with an awareness campaign and accompanying storybook. Created by The Royal Navy & Royal Marines Children’s Fund, the Kid Years campaign highlights the impact long parental absences can have on children.

Typically, there are around 56 thousand men and women deployed in the Armed Forces (15 thousand of whom are Naval Personnel), potentially leaving behind their children temporarily without at least one parent. As typical deployments last between three and nine months, these absences can have a profound emotional impact.

“Anecdotally, we may understand this as being because children haven’t been alive as long, meaning that a year of their life seems like a much bigger unit of time than for an adult. So while a six-month absence feels long for an adult, for a child that same amount of time can feel like it lasts so much longer. This poses real emotional challenges from a developmental point of view.” 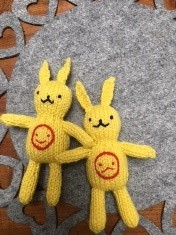 The RNRM Children’s Fund has dubbed the idea that time seems to move more slowly for children “The Kid Years Effect”. To help, the charity has commissioned author Sarah McMenemy to create a work of children’s literature called Zoe and the Time Rabbit – the story of a girl’s emotions when her daddy goes away. Beautifully and inventively illustrated, the story (which is also an animated video) is designed to help children understand their emotions while a parent is away. While written with military families in mind, Zoe and the Time Rabbit is ideal for any family where a parental figure may be away for long stretches.

Dr. Keenan, who contributed to the book comments: “Studies have shown that significant improvements in perception of time occur between the ages of five and eight, but even with younger children time perception increases when they are encouraged to pay attention to it, for example by marking off days on the calendar.”

Clare Scherer, Director of The RNRM Children’s Fund says: “During peacetime, many forget the role the military plays, not just in terms of security, but peacekeeping and humanitarian efforts too. Those deployed often leave behind young children and our campaign is all about drawing attention to this issue. Moreover, in modern society, it’s increasingly common for families to spend time apart for various reasons and that’s why we’ve commissioned Zoe and the Time Rabbit as a way to help.”

The RNRM Children’s Fund is also calling on Britain’s knitters to lend a hand by knitting their very own Time Rabbits that will be sent alongside the books. Those interested can download the knitting pattern, kindly provided by Fiona Goble. The charity will also be holding a fundraising event on June 21, the longest day of the year.

The RNRM Children’s Fund is the only charity dedicated to supporting children in times of crisis whose parents serve, or have served, in the Naval Service. It provides support including childcare, special needs education, days out and in-home support in times of crisis and is actively seeking new beneficiaries.

For more information on the campaign please visit www.rnrmchildrensfund.org.uk.