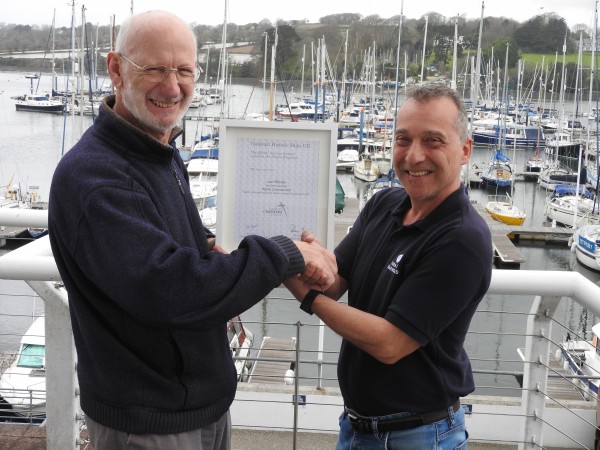 Len, 69, was in the Royal Navy before working as the Harbour Master at St Michael’s Mount near Penzance and then became a mental health practitioner, before volunteering at Turn to Starboard.

He said: “It’s great to be recognised with an award. She’s a lovely boat that needs a dedicated team of people for maintenance and conservation work. I find it enjoyable as I meet great people and get to spend time doing jobs that I was initially trained to do, such as splicing ropes and completing rigging repairs.”

Len was nominated for the award by Turn to Starboard CEO and founder, Shaun Pascoe.

Shaun said: “Len is a loyal and tireless volunteer who travels a long way from his home in Plymouth to help on the Spirit of Falmouth. He has given us expert guidance and instruction on traditional rigging techniques and almost single handedly restored all standing and running rigging on board. If it wasn’t for his specialist skills and knowledge of traditional techniques, we wouldn’t be able to care for and maintain the vessel in the way she deserves.” 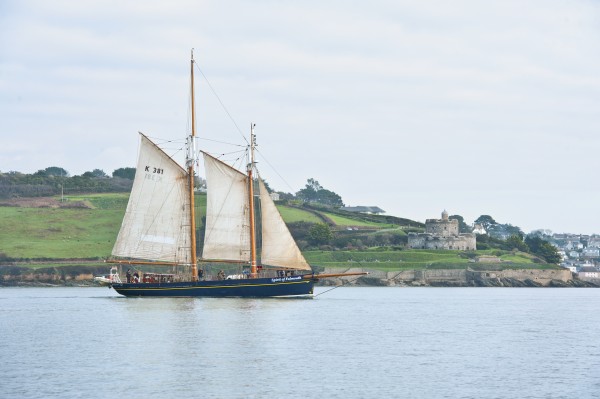 Turn to Starboard is based at Falmouth Marina and help military personnel affected by operations to gain sailing qualifications and help start new careers in the marine industry. The charity also offers sailing trips for Service families to spend time together on a skippered yacht.

The Spirit of Falmouth is the flagship of the charity and acts as a training vessel for military veterans. She is a replica of a Mersey bay pilot schooner, used to guide large merchant ships into port and was built in Liverpool between 1981 and 1985 by the Merseyside Trust. The project was set up to provide a boat building project for young men working under the supervision of craftsmen.

Weighing in at 88 tonnes, the tall ship is as long as seven cars and weighs the equivalent of 13 killer whales. The largest sail, which the crew will have to manually hoist, is as big as one-and-a-half squash courts. In 2016 she was a major attraction at the London Boat Show before setting sail on a two-month voyage to circumnavigate Britain with a crew of military veterans – many of whom were inexperienced sailors.

Image _DSC1132 (1).jpg. The Spirit of Falmouth – a 92-foot long pilot schooner gifted to the charity by the Prince’s Trust.

For further media information, please contact Mark Hardaker on 01326 314262 or by email at mark@turntostarboard.co.uk.