A 93-year-old blind veteran is urging all those in the Colchester area to take part in a fundraising walk in support of the military charity that changed his life.

Blind Veterans UK have dedicated the month of March to veterans with a series of fundraising challenges including a fully guided ten mile walk in Colchester.

“Every step you take on this walk will raise vital funds to support blind veterans like myself in Essex and beyond. So if you’re able to, round up your friends and family and get involved. I know I speak for many of my fellow blind veterans in saying that we would really appreciate it.”

Lionel was conscripted to the Army in April 1943 and served as a Radio Technician for the Royal Signals in Nigeria and Cameroon during the Second World War, where he was tasked with keeping radio equipment in good order. 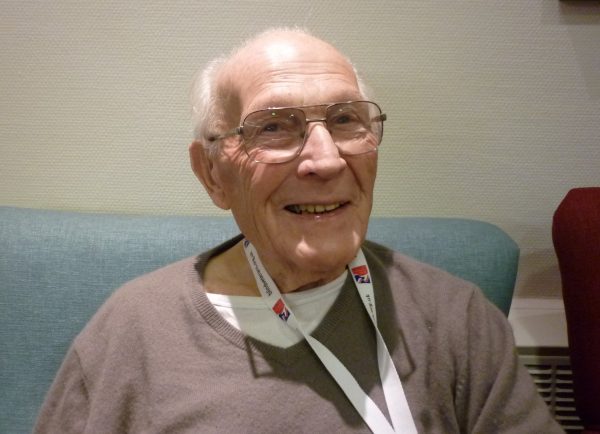 It was later in life at the age of 87 that Macular Degeneration stole Lionel’s sight and he was registered blind. Luckily, Lionel found out about Blind Veterans UK, who have been supporting him since his diagnosis.

“Blind Veterans UK have enriched my life in an amazing way. On top of the adaptations which have meant I can live independently, I am a founding member of the blind veterans’ choir, Vision in Song. Being part of the choir has given me something to live for and as a result I’m looking forward to many more years and even hopefully hitting my 100.” 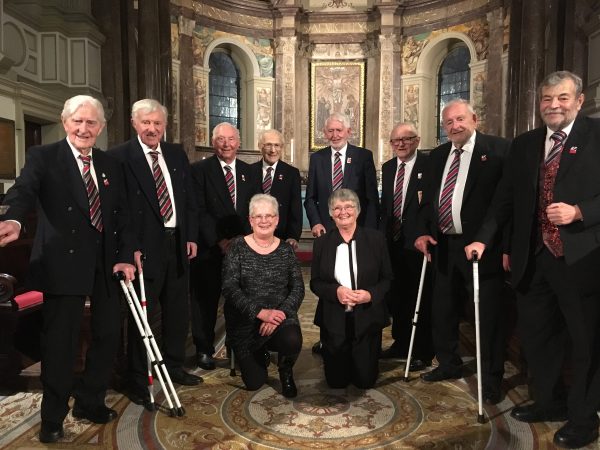 Lionel is fast becoming a well-known face in Colchester, and last Christmas, he was given the honour of turning on of the Christmas lights at Lion Walk Shopping Centre alongside X-Factor Celebrity winner, Megan McKenna.

March for Veterans Colchester kicks off at 10:30am on March 22 with the exciting ten mile route winding through the streets of Colchester city centre before heading out towards Abbey Fields. For more information and to sign up, visit blindveterans.org.uk/march/colchester.