After a successful interim period, Jeff Harrison has been appointed permanent CEO of the veterans’ mental health charity Combat Stress. 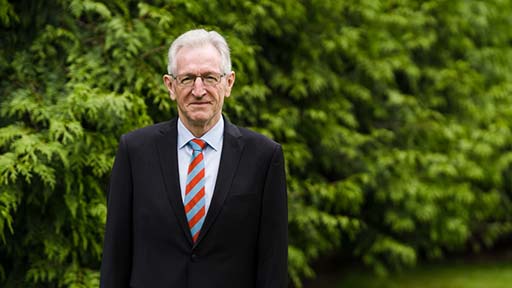 “I am grateful to the Board of Trustees and the staff at Combat Stress for their trust in me to lead this charity.

“We are currently working with our Board of Trustees on the next phase of our strategy to ensure all veterans with complex mental health problems can live full and meaningful lives.”

It has been an exceptionally busy year for Combat Stress, adapting and enhancing its services to veterans to provide accessible, modern, and evidence-based treatment. To continue meeting the needs of veterans and their families, the charity announced in July that it is significantly increasing its provision of online treatment, including its intensive PTSD programme, to deliver accessible and effective therapy and support for those with military-related complex mental health issues. This is in addition to outpatient, residential and community treatment. In August and September, Combat Stress saw a sharp increase in calls to its helpline as the withdrawal of NATO troops from Afghanistan re-traumatised some veterans or worsened their PTSD.

The charity is also planning to move from its Scotland treatment centre in Ayrshire to a more accessible location in Edinburgh, as well as open a smaller base in Glasgow and operate more than 20 community-based clinics across Scotland.