You are here: Home / News / News / Cruising on the Thames

Cruising on the Thames

On Wednesday 27th June, over 110 veterans from more than 18 organisations embarked on an afternoon trip up the Thames, from Runnymede all the way to Windsor Castle and back again. Riding on the French Brothers‘ ‘New Queen of the Thames’, beneficiaries – the oldest of whom was 99 years old! – were treated to a buffet lunch as they took in the beautiful scenery and chatted to new and old friends. Amongst the group were several extraordinary life stories, including that of Tony, a former SBS diver, who narrowly avoided losing his life when an underwater mine detonated meters above his head in the Suez Canal. 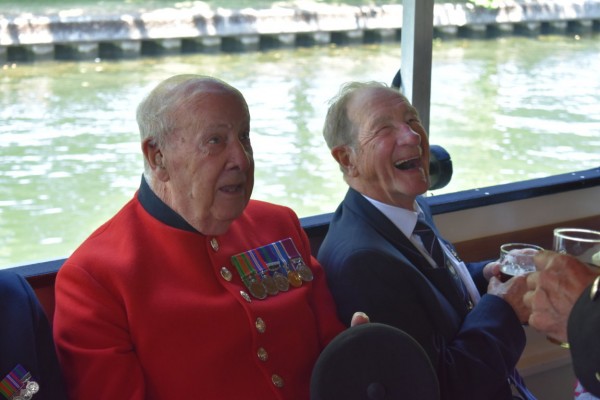 Judging by the smiles, laughter and general merriment on board, the trip was an enormous success! A big thank you must go to the French Brothers for ensuring that the trip ran so smoothly. Find all the photos here.