Derbyshire local Sam Culley arrived at Land’s End yesterday (September 23) 79 days, 1,180 miles, and 2.9 million steps after setting off from John O’Groats on his epic fundraising trek for SSAFA, the Armed forces charity and The Wildlife Trusts – getting through three pairs of boots in the process. 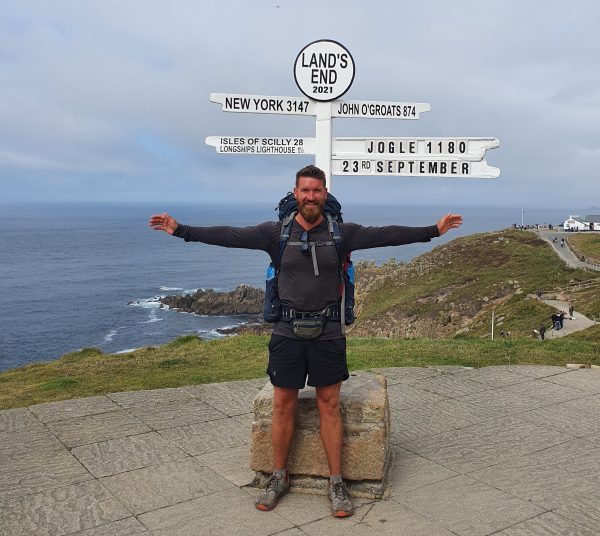 A footsore Sam, clearly elated to have completed his walk – equivalent to 46 marathons – just two days after his birthday, and has so far raised more than £1,200 for the two charities.

“John O’Groats to Land’s End… What an experience; I can’t quite believe it’s over.

“The whole journey has just been incredible, the places, the people, the support I’ve received off family, friends, strangers has been insane, and I can’t thank you all enough.”

Adding that it is now “… time for a beer and sit down” he explained why he took on the challenge for SSAFA, saying: “I chose to fundraise for SSAFA as I and the rest of the country are incredibly grateful for the efforts every single person in our Armed Forces puts in each day, and feel like I’d like to give something back, big or small.

“Along with that, I have friends that have served in various parts of the military. It is a cause close to my heart.”

Sam is still accepting donations for SSAFA and The Wildlife Trusts, so to support him, visit: justgiving.com/fundraising/samrculley1.