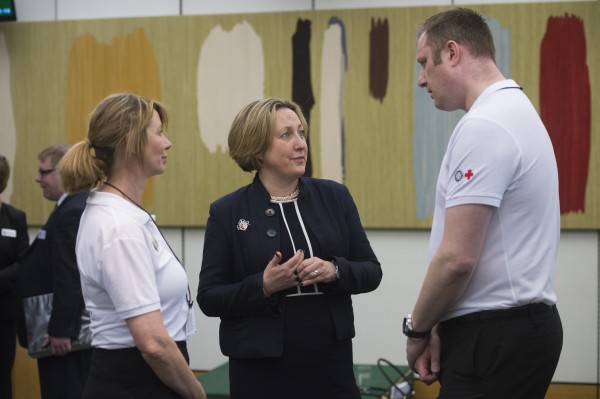 The Defence Medical Welfare Service (DMWS) was delighted to meet MPs, Councillors and representatives from charitable organisations at Portcullis House on Tuesday, 20 March 2018. The lunch reception gave the charity the opportunity to highlight the positive impact DMWS has on the well-being of fronline staff and their families during times of ill health, as well as talk about the charity’s vision of the future. Host of the event was Mrs Anne-Marie Tervelyan, MP for Berwick-upon-Tweed, who is passionate about the welfare of veterans and serving members of the Armed Forces and a key advocate of the Charity’s work.

The two hour informal drop in session was well attended by MPs from Defence, Health and Security, MPs supporting their local constituency, DMWS partner organisations and other charities. Lisa Leece, Commercial Director of DMWS said: “We had some very interesting 1-2-1 conversations and were able to demonstrate the value of our service. The responses have been extremely positive and we look forward to follow up discussions to ensure our support reaches those who serve.”

The Charity was formed from the Joint War Committee of the Order of St John and the British Red Cross in 1943 and has been providing a professional welfare service to our Armed Forces ever since. Our expertise in the medical welfare arena has led to the expansion of our service with organisations such as the Police, the NHS, the Probation Services and the Armed Forces veterans’ community. The service brings the Covenant between the Armed Forces and the Nation to life through its support of the wounded, injured and sick whilst on a health care pathway. The service has led to faster recovery, swifter hospital discharge and contributed to earlier return to work. 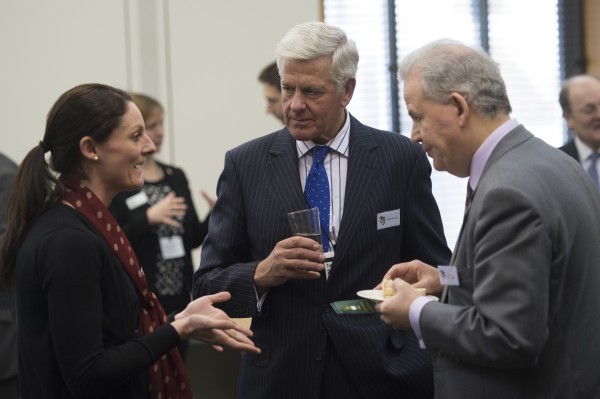 After the event Chair of the Defence Committee Rt Hon Dr Julian Lewis MP said: “The practical and psychological support freely given by so many DMWS personnel is clearly of huge value to present and former Servicemen and women, and their families. Here’s to the next 75 years!”

DMWS Welfare Officer Mark Lucas attended the event to provide some real life examples of the support he provides to the veteran community in Herefordshire. He said: “Being a welfare officer on the ground I am pleased to be making a real difference to people’s lives. Most of the people I support find themselves in a new and challenging situation which can causes anxiety and stress. We are here to guide them through the process; this can involve assistance with necessary house adaptations, getting the forms for benefits, resolving medical care concerns and consequently have a positive impact on other organisations involved.”

Paul Gaffney, CEO of DMWS said: “I was delighted that DMWS had the opportunity to share the great work our teams are doing to help those that put themselves on the line for the nation.”

The charity has a magnificent year ahead, celebrating its 75 anniversary of caring for those who serve.