The Defence Medical Welfare Service (DMWS) is delighted to hear that we have been re-awarded the MoD Employer Recognition Scheme Silver Award. The Scheme acknowledges employers who have provided exceptional support to the Armed Forces community and defence by going above and beyond their covenant pledges and we are proud to be supporting those who serve.

The Scheme was launched in 2014 and DMWS was awarded Silver for outstanding support to armed forces personnel, veterans and reservists in the same year. The awards are reviewed every 3 years and we are very happy that our Silver has been revalidated in 2017. 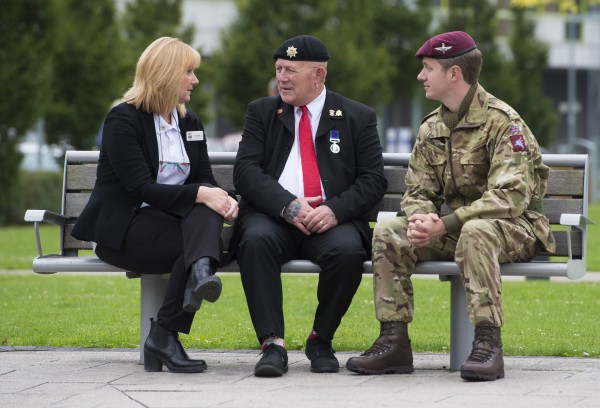 DMWS is a registered charity providing a unique welfare support service to the Armed Forces community since 1943. In this time our Welfare Officers have supported over 1, 000 000 patients and their families to ensure that no one goes through the worry of injury and illness alone.

“This is the second time we have been given the Defence Employer Recognition Scheme Silver Award which celebrates our continuous support for the employment of service personnel. In fact 71% of our current workforce is from the Armed Forces community made up of veterans, reservists and spouses, recognising the immense value they bring to their role at DMWS.”

We are looking forward to reviving our Silver Award certificate at the Ministry of Defence Employer Recognition Scheme Silver Award Ceremony taking place on board HMS Victory in Portsmouth on Wednesday 6 September 2017.