You are here: Home / News / News / DMWS: Rick getting his life back on track thanks to the E-Fan Project

DMWS: Rick getting his life back on track thanks to the E-Fan Project 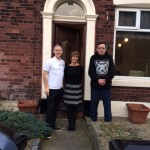 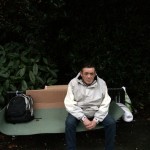 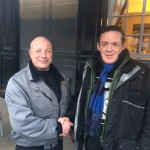 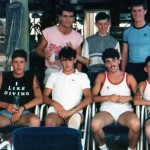 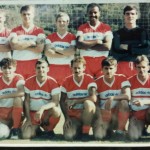 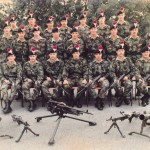 In December last year DMWS Welfare Officer Isaac Smith met Rick for the first time. At that point Rick was homeless and sleeping rough in a Manchester Park. His benefits had been suspended and he found himself with no money. Worse, he was suffering with anxiety, depression and alcohol issues.

Rick was then referred to Isaac from Salford probation via the Ex Forces Action Network (E-Fan) for some extra support around his housing situation and his benefits. E-Fan is a new initiative set up to connect ex-forces personnel, who’ve had any contact with the Criminal Justice System, to a wide range of services in partnership with the Defence Medical Welfare Service.

An important way of how DMWS can help is their knowledge in welfare support available and the well-established connections to other support agencies. Isaac was able to arrange meetings with housing support and worked through the application process with Rick. To be entitled to housing, Rick needed to receive ESA (Employment Support Allowance). As Rick was homeless and had no phone it was difficult to reach him which hampered the claims process. Isaac used his connections and organised a pay as you go phone for Rich so that benefit agencies could contact him.

It was now the end of November and temperatures were plummeting. To ensure Rick stayed warm, Isaac took him to the local temporary cloth bank and got him a clean and warm coat. Rick also received a food parcel from St. Paul’s church in Salford when he had no money.

We were so pleased when Rick moved into a new flat at the end of the year and got his benefits reinstated, thanks to the hard work of DMWS Welfare Officer Isaac. He said that cases like Rick are so rewarding, he continued: “When Rick was getting help to complete his housing paperwork and was shown pictures of available properties, Rick broke down in tears, overwhelmed by the prospect of getting off the streets.” Rick said: “No one else has ever helped me like this before.”

SSVC Forces Welfare Media Team heard about Rick’s life-changing story and wanted to share the news with their wide audience. Rick and Isaak were filmed at the beginning of the year and they also ran an appeal for Rick’s ex-colleagues to get in touch, to see if anyone had a photo of Rick’s time with the with the 1st Battalion Royal Regiment of Fusiliers.. Having been homeless Rick had lost a lot of personal belongings and he really hoped to find a picture of his time in Service.

After the appeal DMWS Welfare Officer Isaac received some photos that his old friends have sent. Even better, he arranged a meeting with one of his best mates from the army, Daz. Daz and Rick had not seen each other for 27 years but they both really enjoyed meeting up, chatting about old times and are looking forward to keeping in touch.  What a fantastic start to 2017!

We like to thank Forces Welfare and Cheshire & Greater Manchester Community Rehabilitation Company who played a vital part in helping Rick.

If anyone is interested in the work of DMWS and would like to find out more visit www.dmws.org.uk

DMWS are an independent charity which provides help and support to the Armed Forces Community when they are following a medical care pathway. Established in 1943, they are a professional welfare provider; who deliver a comprehensive impartial and confidential medical welfare service, directly at the point of need. DMWS are responsive to the needs of patients and families, their organisation and health care professionals.

DMWS has entered a partnership with Cheshire and Greater Manchester Community Rehabilitation Company and launched the Ex-Forces Action Network (E-FAN) in 2016. E-FAN is a major new initiative which connects veterans in Cheshire and Greater Manchester, who have had any contact with the Criminal Justice System, to a wide range of services and forms part of our mission to support those who serve or have served.